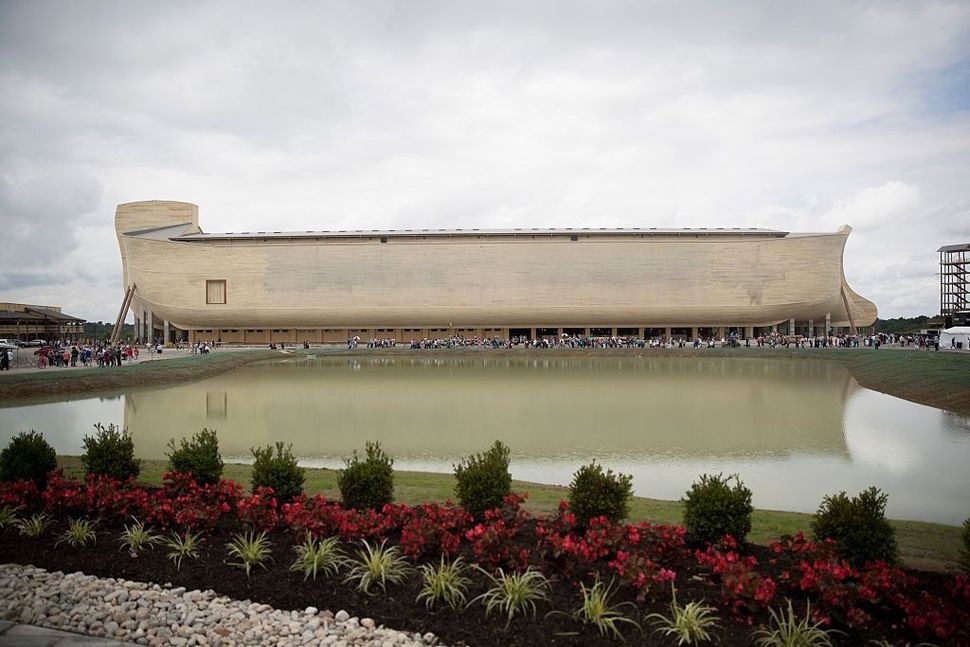 The owners of a Kentucky theme park featuring a replica of the biblical Noah’s Ark are suing its insurance company over rain damage to the property, the Deseret News reported Sunday.

Ark Encounter’s main attraction is a 510-foot-tall replica of the ark based on the specifications offered in the Book of Genesis. But the park says that visitors found it difficult to access the ark after heavy rains in 2017 and 2018 caused a landslide that blocked the access road and rendered portions unsafe to drive on. Ark Encounter’s 77-page lawsuit alleges that its five insurance companies refused to cover the $1 million in damages, and is now seeking compensatory and punitive costs.

Ark Encounter stressed that the ark itself was unharmed, the road has since been rebuilt and the park is open for business.

“You got to get to the boat to be on the boat,” a spokeswoman told the Louisville Courier-Journal.

The park, which is run by the same evangelical Christian organization that operates the nearby Creation Museum, attracted controversy before it opened in 2016 because it received public tax incentives during the construction process.