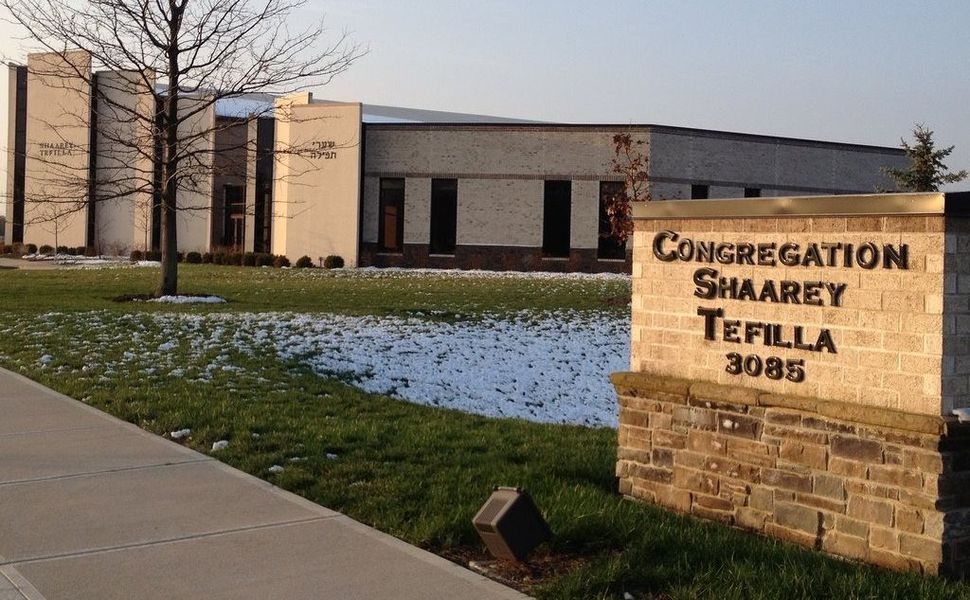 Outrageous: an Indiana synagogue was vandalized with Nazi graffiti. We stand in solidarity with Congregation Shaarey Tefilla and the Jewish community of Carmel, Indiana. pic.twitter.com/WvIc516slp

The lawyers of a man who defaced an Indiana synagogue’s property with a swastika and iron crosses are arguing that the man should not go to prison, lest he be further radicalized as a white supremacist, the Washington Post reported. They are claiming that the man only defaced the synagogue (and set fire to its lawn) under the influence of his young wife, who herself had become a radicalized white supremacist after reading conservative commentators like the Jewish pundit Ben Shapiro.

Last summer, Nolan Brewer, 21, pled guilty to conspiring to violate the civil rights of Shaarey Tefilla synagogue, in Carmel, Indiana. A federal judge sentenced him to three years in prison.

But Samuel Ansell, Brewer’s lawyer, is trying to get his client out of prison by arguing that Brewer only “bought into the propaganda” that his wife, then 17 years old, was absorbing through right-wing media.

“According to Nolan, she began with rightwing yet mainstream views such as those presented on Fox News,” Ansell wrote in his sentencing memo. “She then moved on to writings by Ben Shapiro and articles on Breitbart News which bridged the gap to the notorious white supremacist and anti-Semitic propaganda site Stormfront.”

Shapiro, responding to media coverage of the memo, fired back at the assertion that he could have helped radicalize an anti-Semite, since he is a target of anti-Semitism on the right himself.

Yes, if there’s one thing I’m known for — as one of the most prominent Orthodox Jews, targets of the alt-right, and critics of the alt-right in America — it’s directing Nazis to attack synagogues. What garbage. https://t.co/ckuIO5kEc0

Shapiro, who edits the conservative publication the Daily Wire, has made Islamophobic claims similar to other far right figures, such as saying that most Muslims are radicalized. Prosecutors in the case of a man who killed 6 and injured 19 in a Quebec City mosque in 2017 noted that the attacker visited Shapiro’s Twitter page 93 times in the month before the attack. Shapiro shrugged off the connection then, too.

Brewer’s wife, Kiyomi Brewer, was sentenced to probation without jail time for her role in planning the defacement of Shaarey Tefilla.