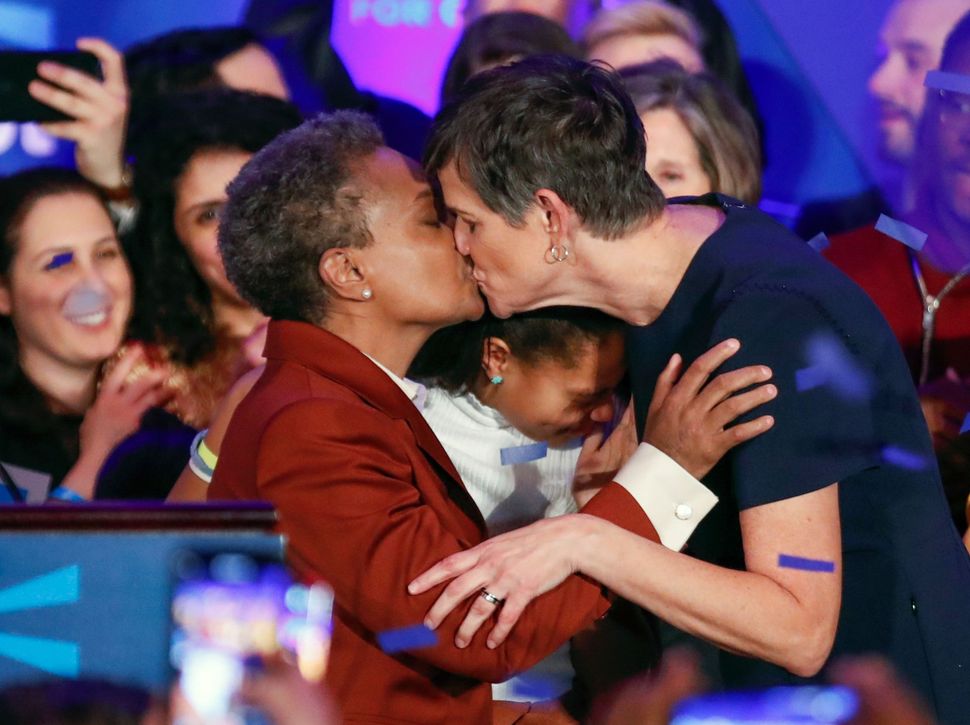 Lightfoot and Eshleman embarrass their daughter in front of the entire city of Chicago at Lightfoot’s victory party in April. Image by Getty 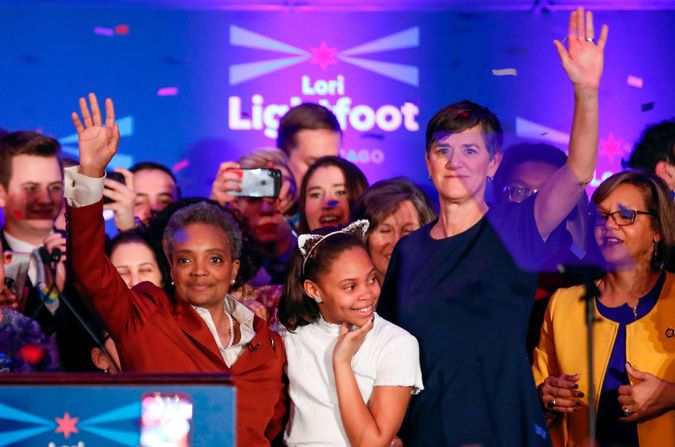 In April Chicago elected a new mayor: Lori Lightfoot, the first black woman to lead the third-largest city in the country. In several appearances, most notably at her victory party and her recent swearing-in, she was joined by her wife, Amy Eshleman.

So who is Amy?

Eshleman and Lightfoot have been together for 16 years, according to the Chicago Tribune. They got married on June 1, 2014 — the day same-sex marriages became legal in Illinois.

“You want certain things for yourself, and falling in love and having a family and doing all those things felt really important to us,” Eshleman told the Tribune. “To be able to be married on that day felt really big.”

The two have a daughter, Vivian, a teenager.

Eshleman worked for nearly two decades as the assistant commissioner of the Chicago Public Library, the fifth largest public library in the country by collection size. While there, she helped create YOUmedia, a digital center for teenagers that also does outreach and engagement. Currently, 12 CPL locations have a YOUmedia center. Eshleman’s former boss at the CPL, Mary A. Dempsey, gave Lightfoot’s mayoral campaign $64,776, the Tribune reported. Eshleman left the CPL in 2012, and currently works as an education consultant, according to her LinkedIn page.

In high school, Eshleman was an avid basketball and tennis player, and was a member of the first women’s team to win a statewide high school basketball championship, in 1977.

Lightfoot and Eshleman embarrass their daughter in front of the entire city of Chicago at Lightfoot’s victory party in April. Image by Getty