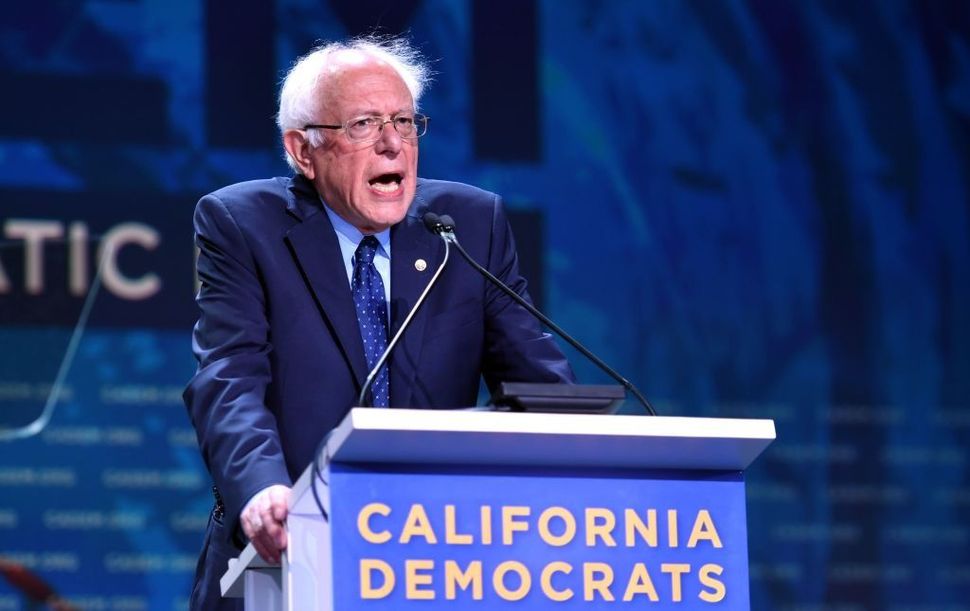 Sanders, an independent senator from Vermont, was one of several presidential candidates to travel to the California state party’s convention in Oakland over the weekend and address the assembly and its various caucuses. While there, he became the first-ever presidential candidate to speak before the Arab-American Caucus in its 30-year history, according to caucus chairman Iyad Afalqa, a former Sanders delegate at the 2016 Democratic National Convention who introduced him.

Sanders criticized President Trump’s divisiveness, adding, “We are going to have a lot of healing to do when we together get into the White House. We are going to end the hatred and bring forth some love.”

In one respect, the fact that no presidential candidate had ever before addressed this California political group is unsurprising: In most past presidential primaries, California Democrats didn’t vote until June, when nomination races were over or nearly so. But early voting in the 2020 California primary starts historically early, on February 3rd — the same day as the Iowa caucus.

But Sanders’s appearance also shows that he has prioritized outreach to Arab- and Muslim-Americans. He gave a speech at a California mosque soon after the New Zealand mosque massacre, and — unexpectedly for a candidate who is normally reluctant to talk about himself and his family — talked about family members who were killed in the Holocaust. Sanders’s campaign manager, Faiz Shakir, is the first Muslim to serve in that role in a presidential campaign.

Afalqa, the caucus chairman who introduced both senators, was criticized by the American Jewish Committee in April for promoting “anti-Semitic tropes” after he wrote on Facebook that Senate Minority Leader Chuck Schumer, who is Jewish, is a “traitor whose allegiance is for Fascist Israel lobby.”