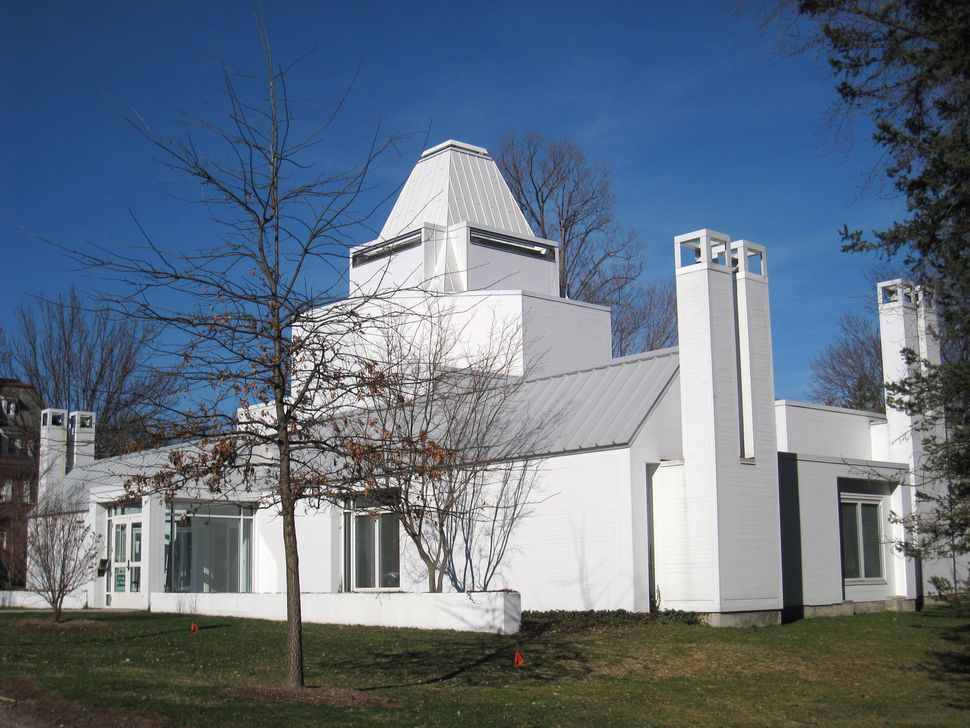 The Jewish Religious Center at Williams College Image by wikimedia

(JTA) — The U.S. Department of Education is investigating Williams College in Massachusetts for discrimination after the student government refused to give a pro-Israel group official status.

The department’s Office for Civil Rights in Boston has opened an investigation into a complaint alleging that the College Council, the college’s student government, violated Title VI of the Civil Rights Act, the College Fix reported.  Title VI prohibits “discrimination on the basis of race, color, or national origin, including shared ancestry or ethnic characteristics.”

The complaint was filed by George Mason University law professor David Bernstein. He was notified on Friday of the opening of the investigation.

The complaint notes that the College Council had previously recognized Students for Justice in Palestine. That means the council “has no policy, formal or informal, against recognizing student groups that take positions on foreign affairs in general, on the Middle East specifically, or on matters related to Israel or the Israel-Palestinian conflict,” it said.

Less than a month after the College Council turned down the application for recognition by pro-Israel group, the Williams administration granted the group official status, bypassing the council. It is not known if that decision will make a difference to the Office for Civil Right’s investigation.

It was the first time in over a decade that a student group was rejected after complying with council bylaws, minutes from the meeting show, according to the Williams Record student newspaper.