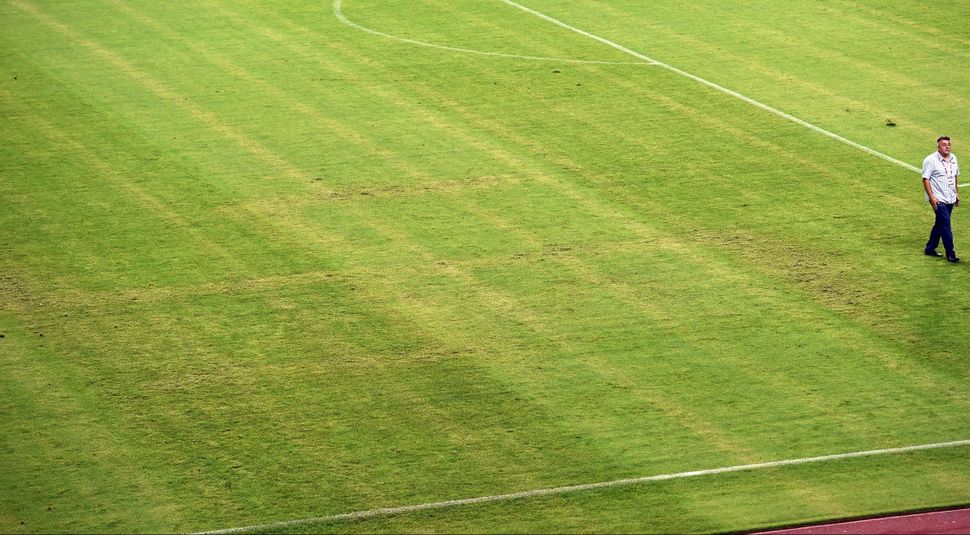 Croatia, 2016: A swastika was found to have been mowed into the grass of a soccer field in Split, Croatia, ahead of a match. Image by Getty

An 80-year-old Italian farmer mowed a giant swastika into a field on a hill, Newsweek reported.

The swastika was drawn in San Damiano D’Asti, a small town about an hour’s drive from Turin. According to La Repubblica, an Italian newspaper, the man played the massive crop symbol off as a joke, and then mowed the rest of the field when police came to talk to him about it.

But the swastika did not go over well with the man’s neighbors, whose families were partisans who fought against the Nazis during World War II.

“We want to condemn a shameful gesture that should not go unnoticed. Instead it should awaken the importance of anti-fascism that is an important movement in these hills, once a theatre of the resistance,” said Frederica Valsania.

Italy has seen a resurgence in fascism in recent years. The deputy prime minister and interior minister has enacted rules that effect only “ethnic” shops, such as forcing them to close by 9 p.m. In a few instances, there have been cases of anti-Semitic violence and vandalism.