Man Carves Giant Swastika Into Lawn, Claims He Didn’t Know It Was Anti-Semitic 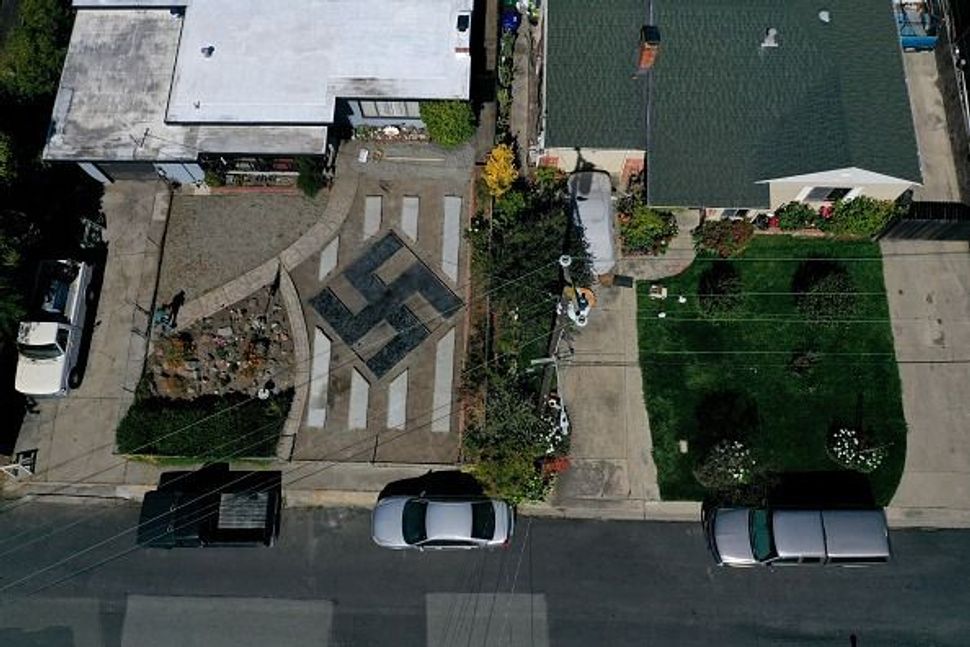 A California man carved a giant swastika into his front yard, then claimed he doesn’t know it was a hateful symbol, NBC News San Diego reported.

The El Sobrante homeowner, Steven Johnson, asserted that it’s actually a centuries-old Tibetan symbol. It can be clearly seen in an aerial view of his home.

“It doesn’t represent anything,” Johnson told the NBC affiliate. “That represents me not having to pull weeds over in that part of my yard; that’s what it represents to me. What does it represent to you?”

The neighbors are in agreement: It’s a swastika, the symbol of Nazism. And many are afraid.

Renee Schultz, who is Jewish and has lived next to Johnson for almost 30 years, was shocked — she said he’s never done this before.

“I was very clear with him about my feelings,” she said. “I don’t agree with it; I think it’s wrong. I don’t like it, but it is his yard.”

County supervisor John Gioia said there’s nothing the county can do, but he encouraged people to share their concerns.

The yard also features a peace sign, and there are swastika-like symbols around the doorbell, according to NBC San Diego.

Johnson claimed to be unfamiliar with the symbol’s history, at one point asking, “What is a swastika?”

He also has a swastika sticker of one on his motorcycles, but when questioned about it, he asked reporters to leave.

Man Carves Giant Swastika Into Lawn, Claims He Didn’t Know It Was Anti-Semitic