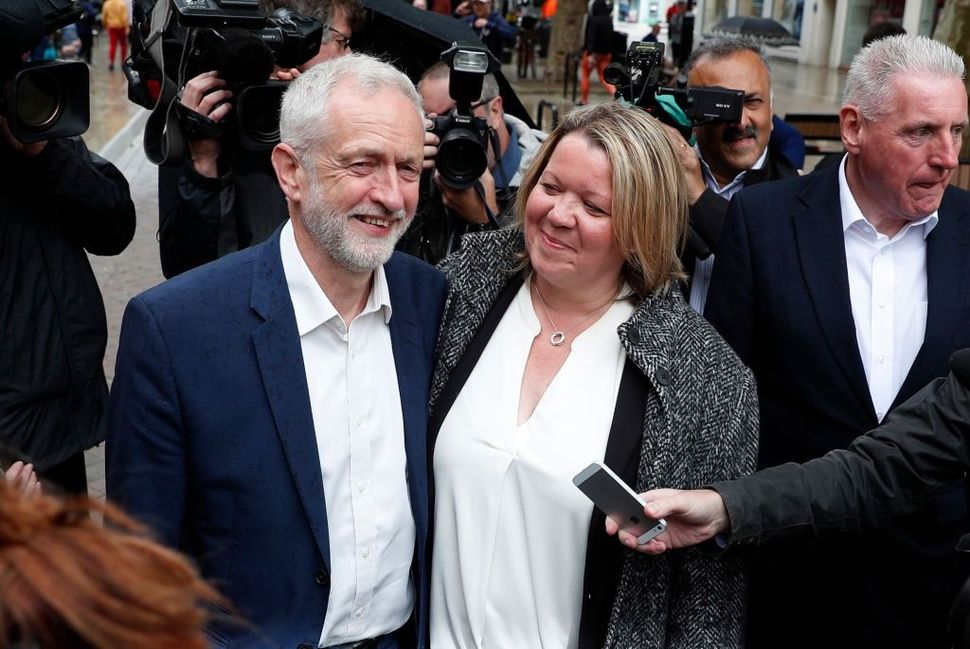 (JTA) — British Jews protested the election to Parliament of a candidate for the Labour party who “liked”a Facebook post saying Prime Minister Theresa May has a “Zionist Slave Masters agenda.”

Lisa Forbes on Thursday won a special election in the eastern English city of Peterborough, defeating a Brexit Party candidate and leaving the Conservative Party candidate far behind.

The Peterborough vote was held after the constituency’s former representative in the House of Common was jailed for lying over a speeding offense.

After Forbes was nominated the Labour candidate, it emerged that in April she had “liked”  a post making the assertion about May. In 2014, she praised a post that repeated the conspiracy theory that the Mossad and CIA are behind the Islamic State terror group.

“I have enjoyed reading this thread so much,” she wrote about the 2014 post.

In a statement Friday, the Board of Deputies of British Jews wrote the case typifies Labour’s spiraling anti-Semitism problem, which last month led the country’s foremost government watchdog on racism to initiate an official probe of Labour.

Forbes said the controversy over the “Zionist Slave Masters” was the result of a misunderstanding.

“I actually liked a video of children praying about what had happened in New Zealand and hadn’t paid much attention to the text above,” she wrote in a statement.

She did not address the 2014 post, which had no video.

“I’m really sorry. I just hope that people will understand that I don’t have a bad bone in my body towards any race of people and anti-Semitism is just something I condemn completely,” she added.