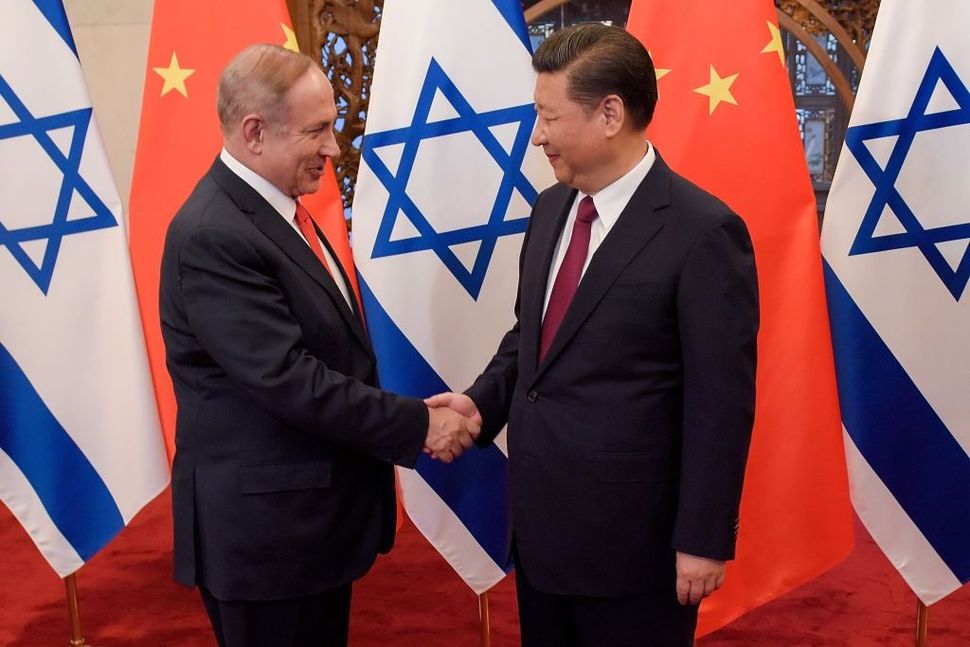 WASHINGTON (JTA) — A major spending bill in the Senate includes a veiled warning to Israel not to allow China to run one of its ports.

The National Defense Authorization Act is in its final stages of passage and is likely to be approved by the Republican-led Senate.

It includes a “sense of the Senate” passage stating that “the United States has an interest in the future forward presence of United States naval vessels at the Port of Haifa in Israel but has serious security concerns with respect to the leasing arrangements of the Port of Haifa as of the date of the enactment of this Act; and should urge the Government of Israel to consider the security implications of foreign investment in Israel.”

Haaretz, which first reported the passage in the massive bill when it was posted Thursday on a congressional website, said the reference is to the Shanghai International Port Group, which under a deal with Haifa is set to operate its port for 25 years starting in 2021.

The U.S. Navy’s 6th Fleet often docks at Haifa and is a major economic boost to the city. Successive administrations and leaders of both parties see China as a security threat and are wary of any deals that facilitate its access to U.S. security.

The bill includes multiple passages favorable to Israel, including funding for its anti-tunnel technology for anti-missile systems. Labeling the passage on Haifa as a “sense of the Senate” means it is not binding — but the implied warning that Israel could face consequences for going ahead with the deal is clear.

Israel in the past has suffered U.S. repercussions for its China dealings. The George W. Bush administration suspended the strategic dialogue with Israel for three years until Israel agreed to allow the United States to review any Israeli military sales to China.

The Haifa deal drew an unusual rebuke from Mark Dubowitz, the director of the Foundation for the Defense of Democracies, a pro-Israel think tank.

“Israeli officials have to wake the hell up,” Dubowitz, who has consulted with top lawmakers and with the Trump administration on Iran policy, said on Twitter. “This is serious and Israel’s strongest supporters are losing their patience.”