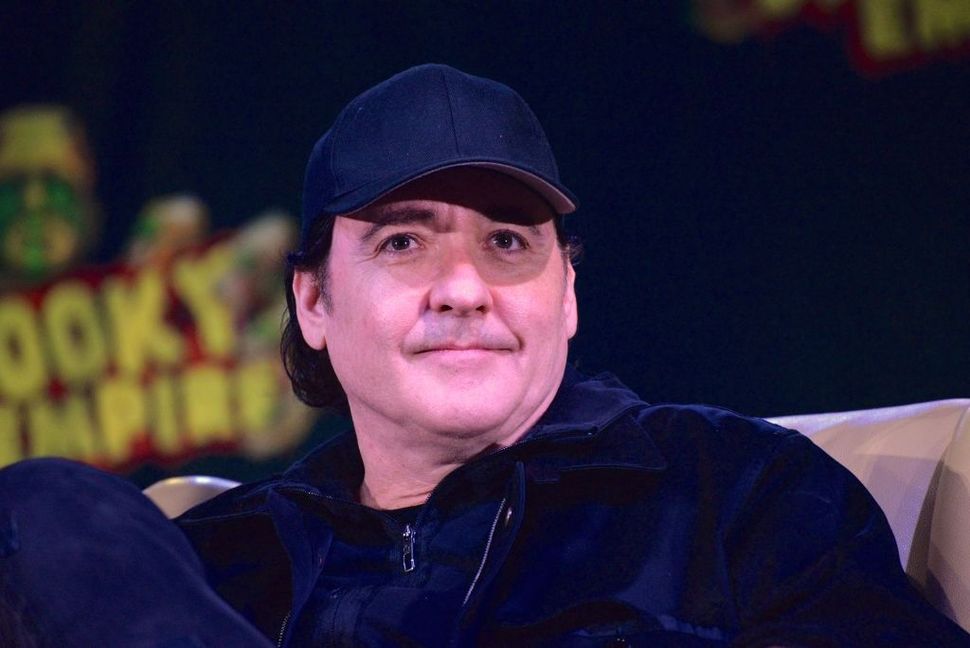 John Cusack at the Spooky Empire Horror Convention at the Hyatt Regency on October 28, 2017 in Orlando, Florida. Image by Manny Hernandez / Getty Images

Actor John Cusack posted an anti-Semitic meme on Twitter on Monday night, before deleting the post and trying to explain that he thought it would show support for Palestinian rights.

The image featured a hand with a Star of David crushing a mass of people below, along with the quote “To learn who rules over you, simply find out who you are not allowed to criticize.” (The meme said the quote was by the French philosopher Voltaire, but it actually originated from the white supremacist Holocaust denier Kevin Alfred Strom.)

Cusack, who was tagged in an original tweet of the graphic along with other prominent supporters of Sen. Bernie Sanders, shared the image along with the words “Follow the money.”

After being accused of anti-Semitism, Cusack deleted the tweet and tried to offer an explanation: “A bot got me- I thought I was endorsing a pro Palestinian justice retweet – of an earlier post – it came I think from a different source – Shouldn’t Have retweeted…” That explanation was also deleted.

Cusack later issued an apology for sharing the image and admitted that it was anti-Semitic. “The image depicted a blue Star of David, which I associated with Israel as their flag uses the same color and shape,” he wrote. “I know the star itself is deeply meaningful to Jews no matter where they stand on Israel’s attacks on Palestinians.”