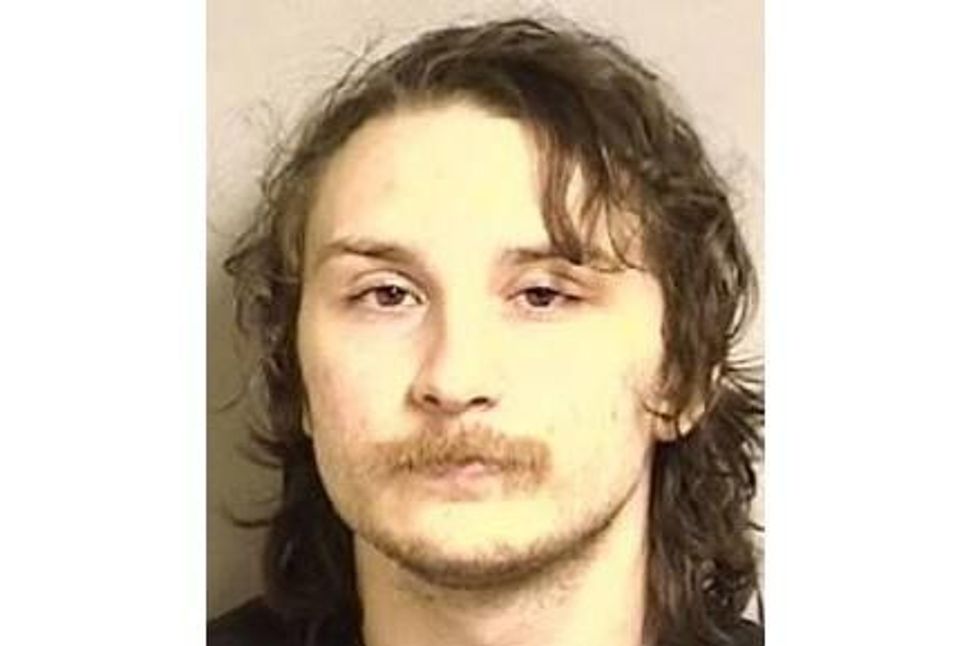 Police arrested Ross Farca, 23, after he allegedly made online threats to embark on a mass shooting at a synagogue. Image by Concord Police Department

(JTA) — The California man who threatened in an online chatroom to kill Jews and commit a mass shooting at a synagogue was released on bail.

Ross Anthony Farca, 23, of Concord, who was arrested on June 10, was freed on a $125,000 bond over the weekend, the Concord Police Department said in a statement late Monday.

Farca said in the chatroom on the video game platform Steam that he wanted to emulate the Poway synagogue shooter “except with a Nazi uniform on,” The Mercury News reported. He said in his chats that he would livestream his massacre of Jews to the internet, and then murder as many police officers as he could before they killed or captured him.

“I would probably get a body count of like 30 k***|s and then like five police officers because I would also decide to fight to the death,” Farca said in a post.

He was charged with criminal threats and gun possession. Concord police said they found an AR-15 semi-automatic assault rifle with 13 magazines, a 3-foot sword, camouflage clothing, ammunition and Nazi literature during a search of the home that he shared with his mother.

The police said in a statement that they were “working closely with the Anti-Defamation League and Jewish Community Federation to keep those threatened apprised of any developments.”