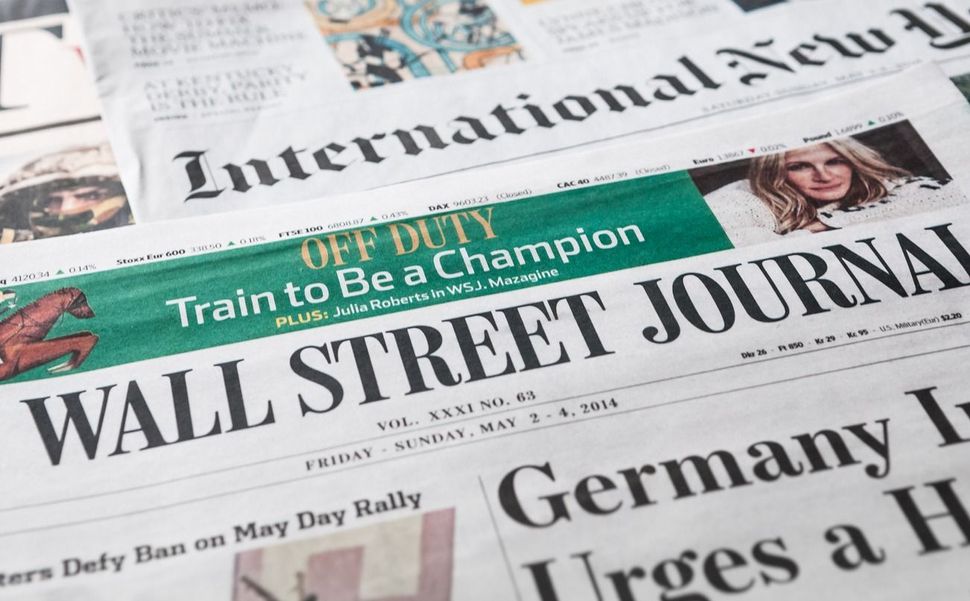 An attorney with a history of ties to white nationalists has had several op-eds published in major media outlets like the Wall Street Journal over the past two years, BuzzFeed News reported Tuesday.

Marcus Epstein, who once founded an anti-immigration political club with white nationalist leader Richard Spencer, has had more than a dozen pieces published in the Journal, the Hill, Forbes, US News and World Report and National Review under the byline “Mark Epstein.”

Epstein denied he had ever been a white nationalist. “As a proud American of Jewish and Asian descent, I obviously have never been white nationalist nor held their beliefs,” he said in a statement to BuzzFeed.

“During college and immediately thereafter I struggled with alcohol, which led to — among other problems — a misdemeanor assault charge in 2007 which was ultimately dismissed,” he wrote. “I changed my name in an attempt to move past the media-internet driven outrage culture which refuses to allow people to move on with their lives. I submitted these articles under this name, with an accurate bio, and which expressed my honest opinions.”

Epstein, whose recent bylines identify him as an antitrust lawyer and freelance writer, mostly focused his recent op-eds on the threat that big tech companies like Google and Facebook pose to freedom of speech, especially for conservatives.

The Wall Street Journal said in a statement that they were not aware that “Mark Epstein” had ever written under another byline. The Hill said the editor who approved Epstein’s pieces no longer worked there. Forbes said they had taken his articles down for violating their rules against co-authors, while US News and World Report and National Review declined to comment.