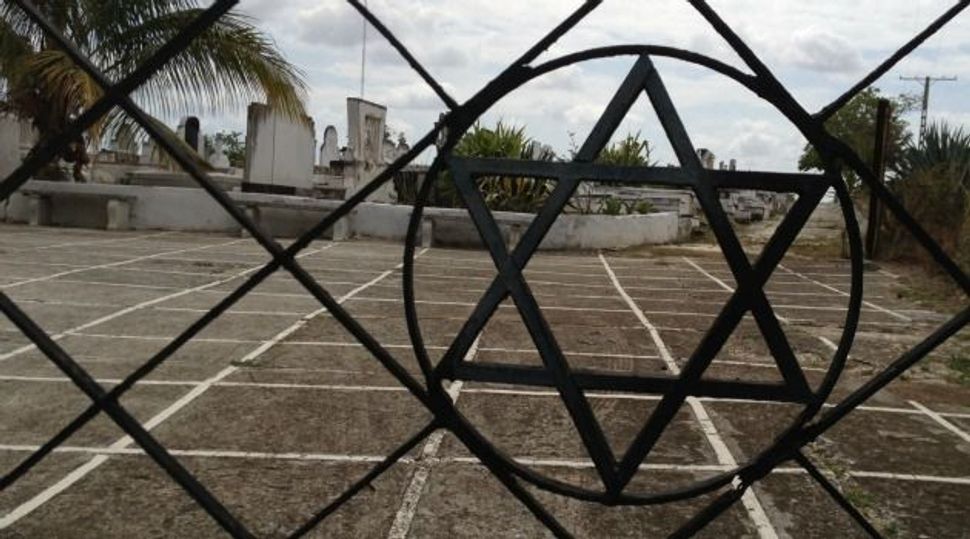 Occult Doings: Many of Cuba?s Jewish cemeteries have been deteriorating for decades. But some blame a new round of grave-robberies on occult rituals that require the bones of non-Christians. Image by ilan stavans

(JTA) — The oldest Jewish cemetery in Cuba is undergoing rehabilitation.

The Havana burial ground is being restored as part of an initiative by the city historian’s office ahead of the 500th anniversary of the Cuban capital’s founding, which will be marked in November, The Associated Press reported.

In addition to the cemetery, located in the Guanabacoa neighborhood on Havana’s east side, the city is repaving streets, cleaning monuments and restoring historic sites.

The cemetery has deteriorated over many years, as the Jewish community was unable to raise the $200,000 needed to refurbish the entire ground. Jews in the United States have contributed to the upkeep of some burial plots, according to the report, citing David Prinstein, vice president of the Hebrew Board of Cuba.

There are about 1,100 grave sites in the cemetery, according to the report. Fifty have been repaired and 150 more are scheduled for repairs before the end of the year. The room used for tahara, the ritual washing of the body according to Jewish burial rites, also has been refurbished.

The historian’s office did not tell AP the total amount that will be spent on the restoration.