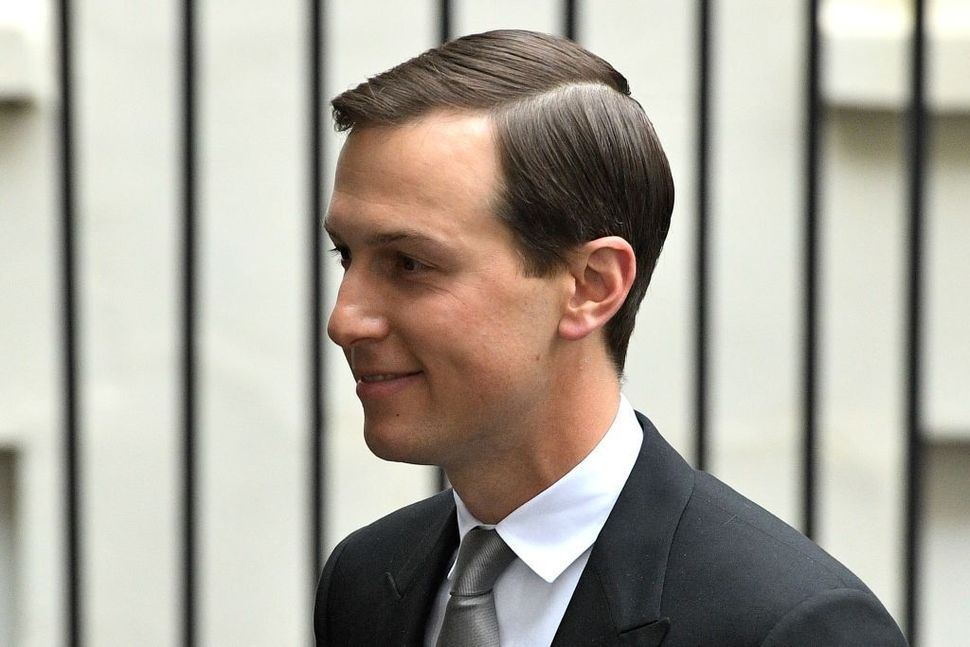 Senior Advisor to the President of the United States Jared Kushner leaves 10 Downing Street during the second day of President Trump’s State Visit on June 4, 2019 in London, England. Image by Leon Neal/Getty Images

WASHINGTON (JTA) — Jared Kushner, the key architect of the Israeli-Palestinian peace plan, launched a conference in Bahrain to advance the economic portion of his plan.

“The Peace to Prosperity vision is a modern framework for a brighter and more prosperous future,” Kushner said Tuesday in the capital city of Manama.

Kushner, a leading adviser to President Donald Trump as well as his son-in-law, said his economic program did not preclude a political program for peace, which his team, charged by Trump with coming up with a Middle East peace deal, plans to unveil at a future date.

The Palestinian Authority is boycotting the conference, in part because of signals from Kushner’s team that the as-yet unseen political component of the plan does not have Palestinian statehood as a bottom-line outcome.

The Trump administration did not invite Israeli officials, though Israeli businessmen are on hand, according to reports.