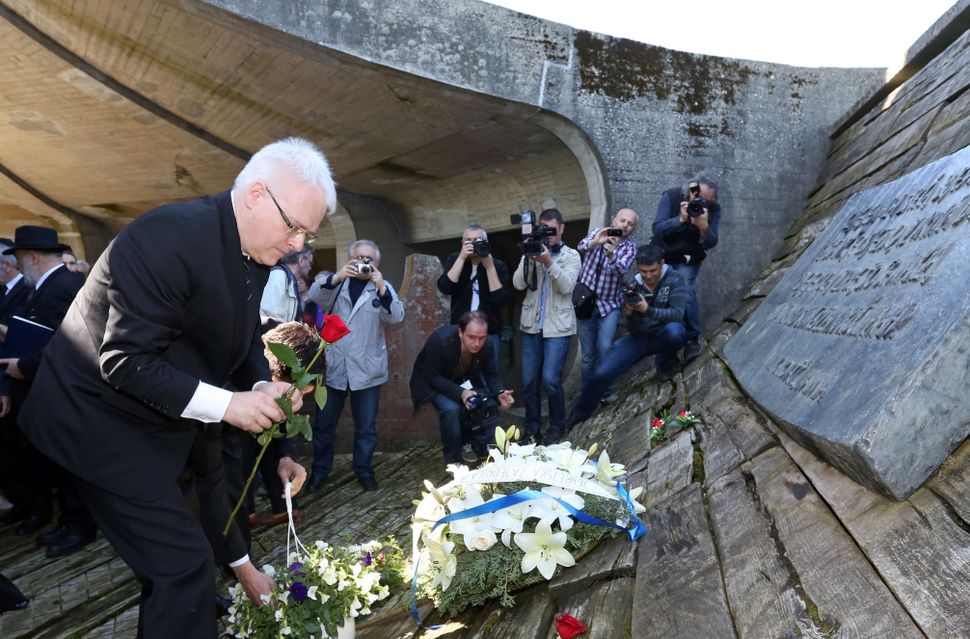 (JTA) — Croatia’s capital city pledged to erect a Holocaust memorial monument but local Jews said they’d have nothing to do with it as it does not mention local complicity.

“There is no place for a monument to six million Jewish in Zagreb and Croatia because such a monument already exists in Berlin,” the Jewish Community of Zagreb said last week in a statement about the municipality’s decision on June 4 to erect the monument.

“European countries have marked the killings of Jews on their respective territories with monuments and memorials,” the statement read.

The organized Jewish community of Croatia as such has boycotted government-sponsored Holocaust commemoration events since 2016, citing what communal leaders say is a state-led effort to rehabilitate the Ustasha, a fascist movement led by Ante Pavelić that murdered hundreds of thousands of Serbs and tens of thousands of Jews during World War II.

Efraim Zuroff, the Eastern Europe director of the Simon Wiesenthal Center, said that “despite its double speak, Croatia is one of the worst rehabilitators of Nazi criminals.”

In 2016, Croatian President Kolinda Grabar-Kitarovic posed during a trip to Canada with an Ustasha flag. The previous year in Israel she expressed her “deepest regrets” to victims “killed at the hands of the collaborationist Ustasha regime.”

The Croatian government is trying “to rewrite history and clear the Ustasa regime of any responsibility for its collaboration in the mass killings,” Mikhail Mirilashvili, president of  the Euro-Asian Jewish Congress said Wednesday. “We strongly condemn this kind of distorted view of history.”