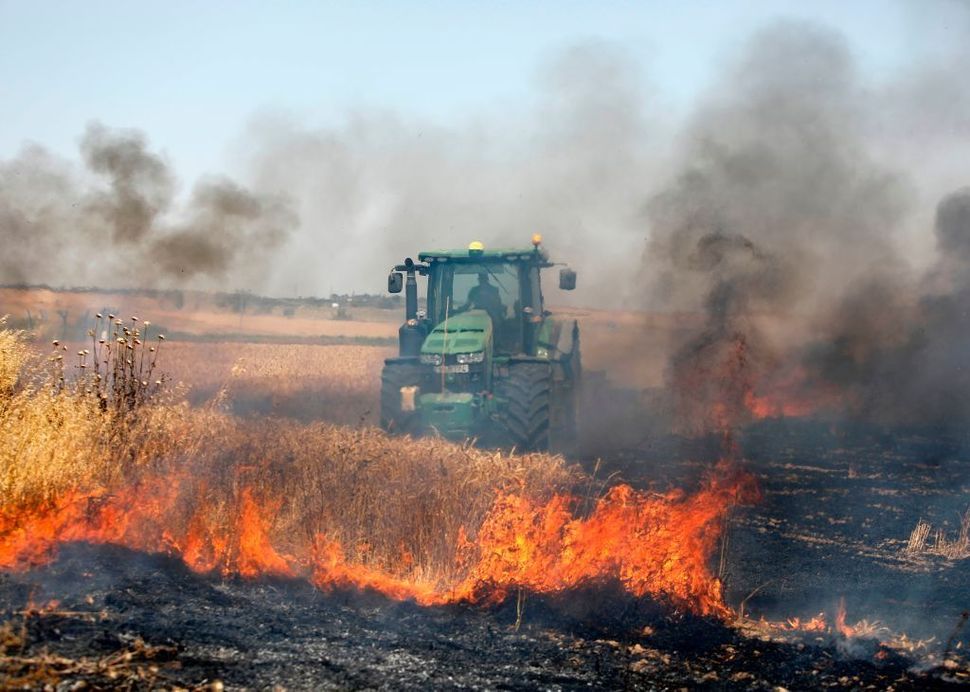 An Israeli farmer uses a tractor in an attempt to extinguish a fire in a wheat field near Kibbutz Nahal Oz, along the border with the Gaza Strip, after it was caused by inflammable material attached to helium balloons flown by Palestinian protesters from across the border. Image by MENAHEM KAHANA/AFP/Getty Images

JERUSALEM (JTA) — At least 20 fires started by incendiary balloons sent from Gaza were burning in southern Israel on Thursday.

Some officials put the number of fires set from Thursday morning until late Thursday afternoon at 24, the largest number of fires started by the arson balloons in one day since the attacks became an almost daily occurrence last spring, the Times of Israel reported.

Most of the fires have burned agricultural fields, grasslands and woodlands.

Two of Thursday’s fires were ignited in the courtyards of residential homes, the Kan public broadcaster reported. There were no injuries reported. Two of the fires broke out in the Be’eri Forest, which has already been gutted by Gaza arson attacks.

Israel on Tuesday halted the transfer of fuel into Gaza following the rise balloon attacks.