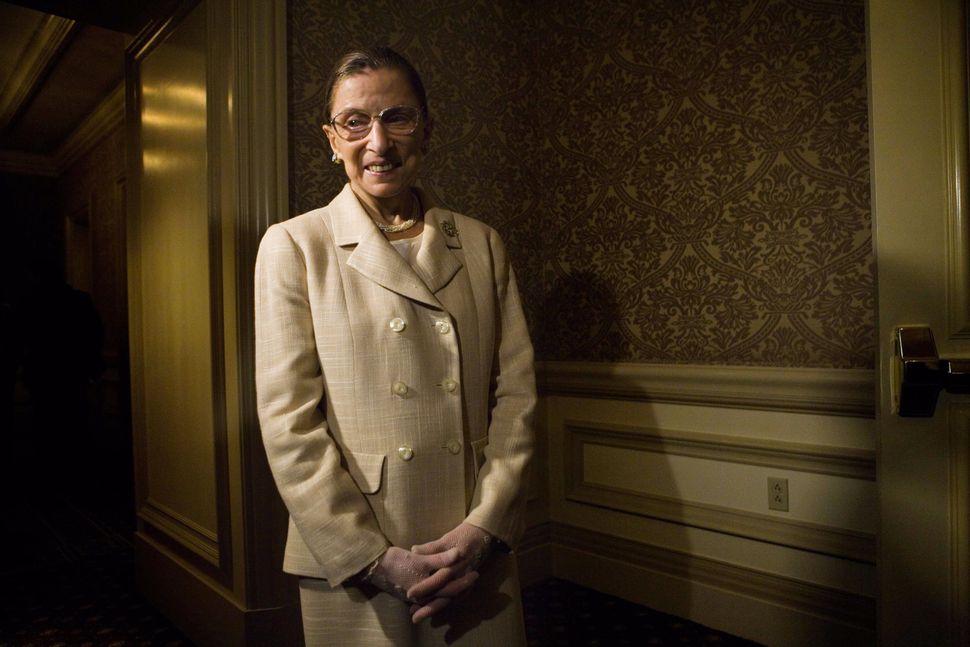 (JTA) — Supreme Court Justice Ruth Bader Ginsburg said she is donating $9,000 to a network of bilingual Hebrew and Arabic schools in Israel.

The grant to schools operated by Hand in Hand comes from prize money that Bader Ginsburg, who is Jewish, was awarded in winning the 2019 Gilel Storch Award from a Stockholm-based organization called Jewish Culture in Sweden, Haaretz reported.

Ginsburg decided to divide the award of 250,000 Swedish krona (almost $27,000) evenly between Hand in Hand and two other organizations that also work to promote tolerance, one in Sweden, the other in the United States.

“From the earliest grades, the children are taught to speak, read, and write in Hebrew and Arabic. They learn the shared values of Jews, Muslims, and Christians, among them, helping others, welcoming guests, opposing oppression, and caring for the earth,” Ginsburg said of her decision to grant part of her award to Hand in Hand during her acceptance speech.

Hand in Hand thanked Ginsburg in a post on Facebook: “Justice Ginsburg has fought her entire career for equality, civil rights, and democracy, and this award credits her lifelong commitment to enshrining these values in the American legal system. We feel incredibly honored that Justice Ginsburg wished to include Hand in Hand in this distinction.”