California Will Give Millions To Jewish Camps Destroyed In Wildfires 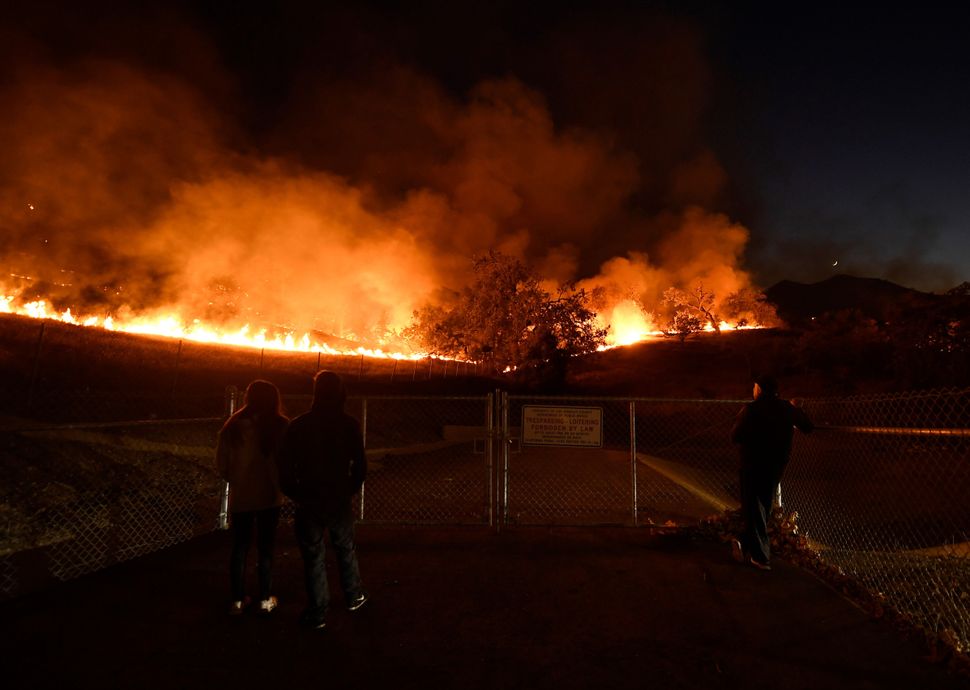 The Woolsey Fire, seen from Agoura Hills on November 9. Image by Getty Images

(JTA) — The newly passed California state budget includes a number of priorities backed by Jewish legislators, from rebuilding summer camps burned in wildfires to the construction of a new Holocaust museum.

The budget also includes five priorities pushed by the California Legislative Jewish Caucus, a group of a dozen state senators and assembly members, along with four associate members.

The budget allocates $23 million to rebuild Jewish camps destroyed in the Tubbs and Woolsey wildfires in 2017 and 2018 in Northern and Southern California, respectively. It also allocates $15 million to the Nonprofit Grant Security Program, which helps nonprofits, including Jewish institutions, protect against violence and hate crimes.

“The Legislature and the Governor demonstrated a commitment to rebuild Jewish summer camps after the devastating fires, to protect our communities from hate-motivated violence, and to ensure Holocaust Education is a top priority,” said Assemblymember Jesse Gabriel, vice chair of the California Legislative Jewish Caucus, in a statement. “Government’s most fundamental responsibility is to protect its citizens, and everyone should feel safe and comfortable in a house of worship, regardless of their faith.”

California Will Give Millions To Jewish Camps Destroyed In Wildfires