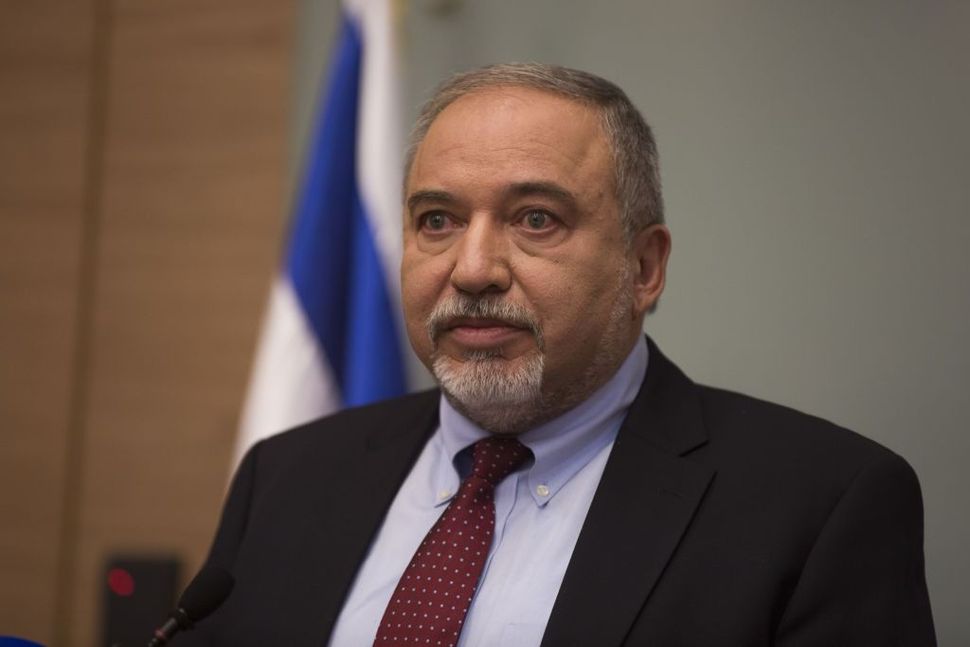 Liberman, head of the right-wing Yisrael Beiteinu party and formerly defense minister, made the statement during an address at the annual Herzliya policy conference.

Liberman later clarified his remarks, saying in a Facebook post that his criticism is directed at the rabbis and not the cadets.

“I meet the graduate students of the academies and they are the salt of the earth, but in order to preserve this tremendous educational entity we must cut them off from the Smotriches and their ilk,” he wrote. Transportation Minister Bezalel Smotrich recently said Israel should follow Torah law and “I work for God.”

Liberman also said in his remarks that when students at one military academy were asked if their rabbi and their commander gave them contradictory instructions, who would they obey. Some said their rabbi.

He also said that the haredi Orthodox and national-religious parties are “in the hands of extremists” and will sit in the opposition in the next government. Liberman refused to sit in a government with haredi, or ultra-Orthodox, parties following the April elections, making it impossible for Prime Minister Benjamin Netanyahu to form a new government.