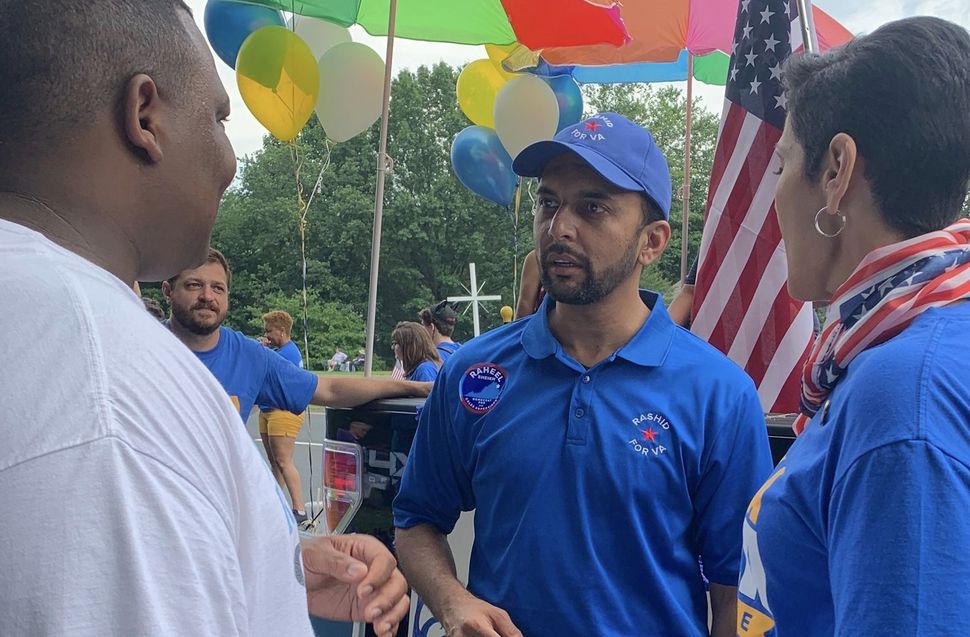 Qasim Rashid, a Muslim candidate for a state senate office in North Carolina. Image by Facebook

(JTA) — A North Carolina man charged with threatening to lynch a Muslim state senate candidate in Virginia also is accused of posting an anti-Semitic threat on the Facebook page of a Florida synagogue.

Joseph Cecil Vandevere, 52, was charged Wednesday for the threatening tweet against Virginia state Senate candidate Qasim Rashid, who is Muslim. The information about the threat to the synagogue appeared in an FBI affidavit unsealed before Vandevere appeared in an Asheville, North Carolina court on Wednesday, the Associated Press reported.

The threatening comment by somebody using the name Bob Smith was posted in February 2018 on the Facebook page of the Ramat Shalom Synagogue in Plantation, Florida. The synagogue contacted the FBI to report the comment, which called for “public arrests and executions” of “dual citizen Jews,” the AP reported.

The FBI was able to trace the comments to Vandevere using subpoenaed Facebook records.

Vandevere could face up to five years in prison for the threatening tweet.