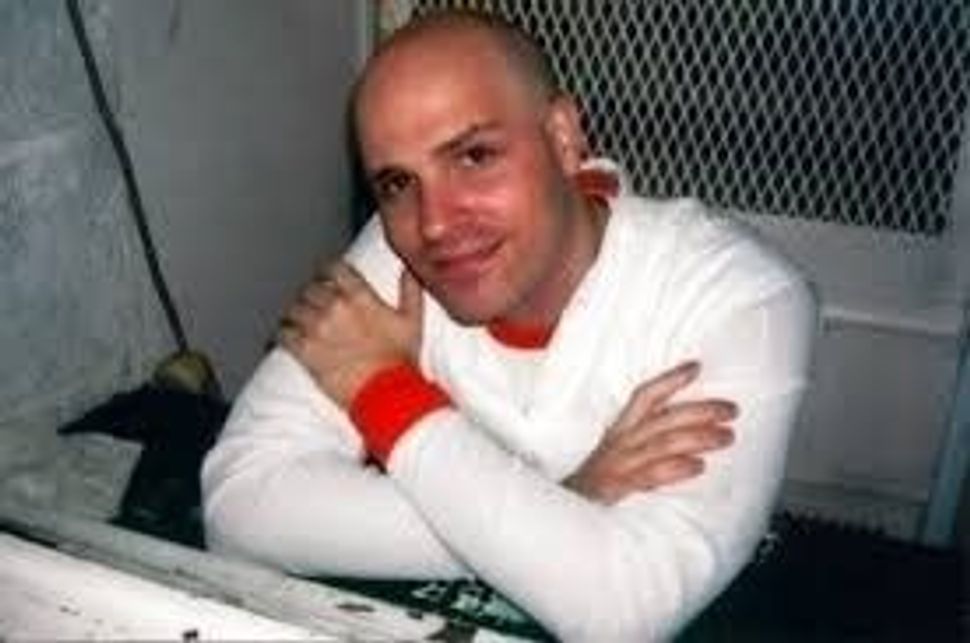 Randy Halprin, in an undated photograph Image by Twitter

(JTA) — An execution date has been set for a Jewish death row inmate in Texas who filed an appeal alleging that the judge in the case was anti-Semitic and racist.

Halprin, 41, was part of the “Texas 7” group of prisoners who escaped from the John B. Connally Unit near Kenedy, Texas, on Dec. 13, 2000; six were apprehended over a month later. One committed suicide.

They were convicted and sentenced to death for the murder of a Texas police officer who responded to a robbery perpetrated by the prisoners. Four of the prisoners already have been executed.

Halprin said in the appeal filed in May that Judge Vickers Cunningham referred to him using anti-Semitic language and should have recused himself from his case. Cunningham sentenced Halprin to death in 2003.

“Mr. Halprin’s trial judge, who presided over the death-penalty trial, made critical decisions about what evidence the jury would hear, and sentenced Mr. Halprin to die, was biased against Mr. Halprin, referring to him as a “f*****n’ Jew” and a “G*****n k**e,” Halprin’s attorney, Tivon Schardl, said in a statement.

“No execution can proceed until the courts have time to consider the important new evidence that bigotry infected Mr. Halprin’s legal process. Ultimately, the Constitution requires that Mr. Halprin must have a new trial and sentencing hearing, free of discrimination and bias.”