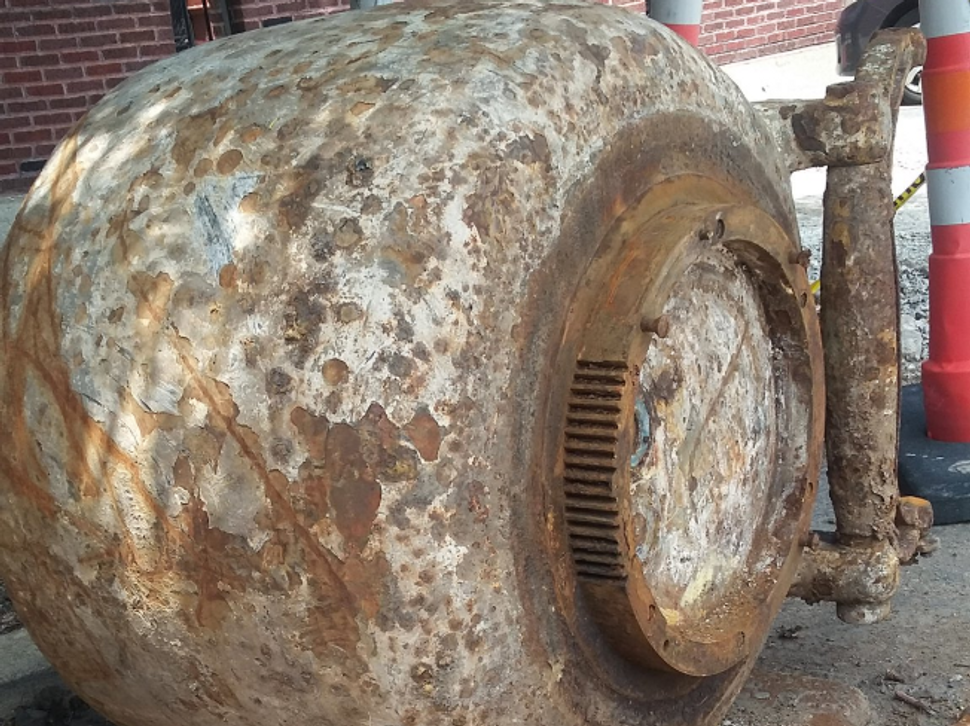 A Chicago synagogue discovered a 3,000-pound safe under its parking lot — and locksmiths are failing at cracking it open, CBS Chicago reported.

Plumbers were digging into the lot at Anshe Emet Synagogue in Lakeview in June when they hit the huge safe. Locksmiths and “safe-crackers” were recently called on to try to open it. It’s been two weeks, and no one has been successful.

Veteran locksmiths told CBS Chicago that the safe probably dates around 1906. The job has been made difficult due to its age and how rusted it is. Opening it requires special equipment that could cost around $10,000.

Anshe Emet said it will bring someone in to drill a hole and drop down a scope to see what’s inside, according to CBS Chicago. Then the safe might be displayed in the synagogue.

“Is there gold in there? Is there nothing in there?” construction worker Russ Moen told CBS Chicago. “You know, the old Al Capone theory, and talking about getting Geraldo out here,” referring to the 1986 television special hosted by Fox News reporter Geraldo Rivera, where he opened the vault of infamous gangster Al Capone.

Twitter users shared their own theories of what could be stored.

Maybe it contains a curse that should never be released.

Maybe it wasn’t meant to be opened