Netanyahu Meets With Head Of Ukrainian Party That Includes Neo-Nazis 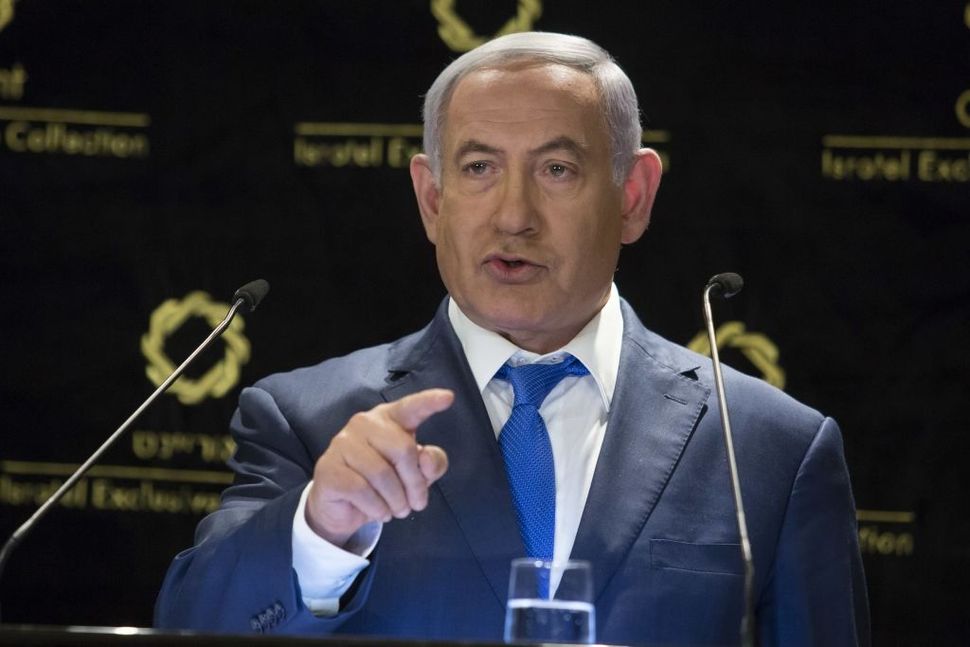 Israeli Prime Minister Benjamin Netanyahu speaks at a press conference on May 30, 2019 in Jerusalem, Israel. Image by Amir Levy/Getty Images

(JTA) — Prime Minister Benjamin Netanyahu, who has come under fire in recent years for allegedly failing to confront anti-Semitism and revisionism in Central and Eastern Europe, met Wednesday with the head of a European political party whose membership includes ultranationalists and neo-Nazis.

Oleh Lyashko of the Ukrainian Radical Party came to Jerusalem as part of a parliamentary delegation led by Jewish lawmaker Georgii Logvynskyi. Lyashko was shown shaking Netanyahu’s hand in a video tweeted out by the Prime Minister’s Office.

Lyashko’s party includes nationalist Yuri Shukhevych, the son of Nazi collaborator Roman Shukhevych, whose troops engaged in war crimes against Jews during World War II. Another party lawmaker is Artyom Vitko, who was filmed in 2015 singing a song celebrating Adolf Hitler with lyrics that included “Adolf Hitler, together with us, Adolf Hitler, in each of us, and an eagle with iron wings will help us at the right time.”

Lyaskhko has himself courted controversy, blasting then-President Petro Poroshenko following a 2015 state visit to Jerusalem during which the Ukrainian leader apologized for collaboration by his countrymen during the Holocaust. Poroshenko’s comments were a “humiliation” for Ukraine, Lyashko said, adding that he was “proclaiming [the] inferiority of his people.”

In an interview with The Times of Israel published Tuesday, the prominent American Holocaust historian Deborah Lipstadt called Netanyahu a hypocrite, saying that “you have a government whose policy is to make nice with the Polish government, which is trying to rewrite Holocaust history, and with a Hungarian government that’s engaging in anti-Semitism.”

Netanyahu Meets With Head Of Ukrainian Party That Includes Neo-Nazis