Jerusalem Chief Rabbi: Homosexuality Is ‘A Wild Lust That Needs To Be Overcome’ 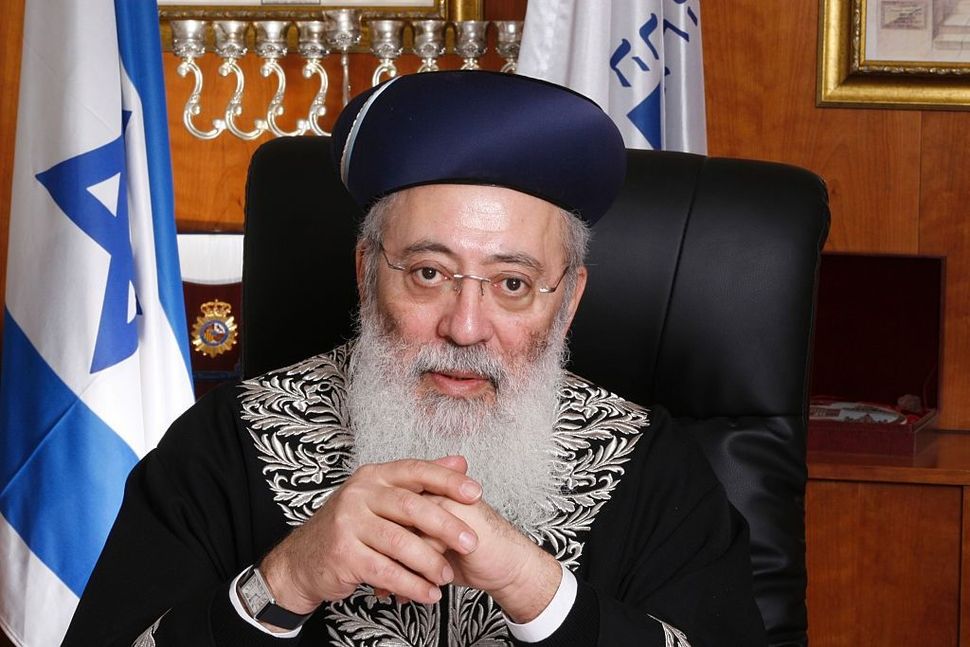 (JTA) — The Sephardi chief rabbi of Jerusalem said gay people cannot be religious Jews and called homosexuality “a wild lust that needs to be overcome.”

Rabbi Shlomo Amar made the remarks last week during a sermon. A video of some of his comments was published Monday by the Israeli public broadcaster Kan.

“There are people who call themselves religious who also fell into that trap,” he said, according to The Times of Israel. “They aren’t religious. It would be better if they cast off their kippah and Shabbat [observance] and show their true faces.”

The rabbi also referred to homosexuality as “a wild lust that needs to be overcome and it can be overcome.”

Three groups representing religious LGBTQ Jews– Bat-Kol, Havruta and the Gay Religious Community — slammed his remarks in a joint statement Tuesday, according to The Times of Israel.

“Rabbi Amar, with your harsh comments you called on our families to vomit us out of our homes and from our communities,” the organizations said.

Last week, Israel’s new education minister, Rafi Peretz, came under fire for saying he supports gay conversion therapy and that he has used the practice to help homosexual youth. He later walked back his remarks, condemning the practice.

Jerusalem Chief Rabbi: Homosexuality Is ‘A Wild Lust That Needs To Be Overcome’