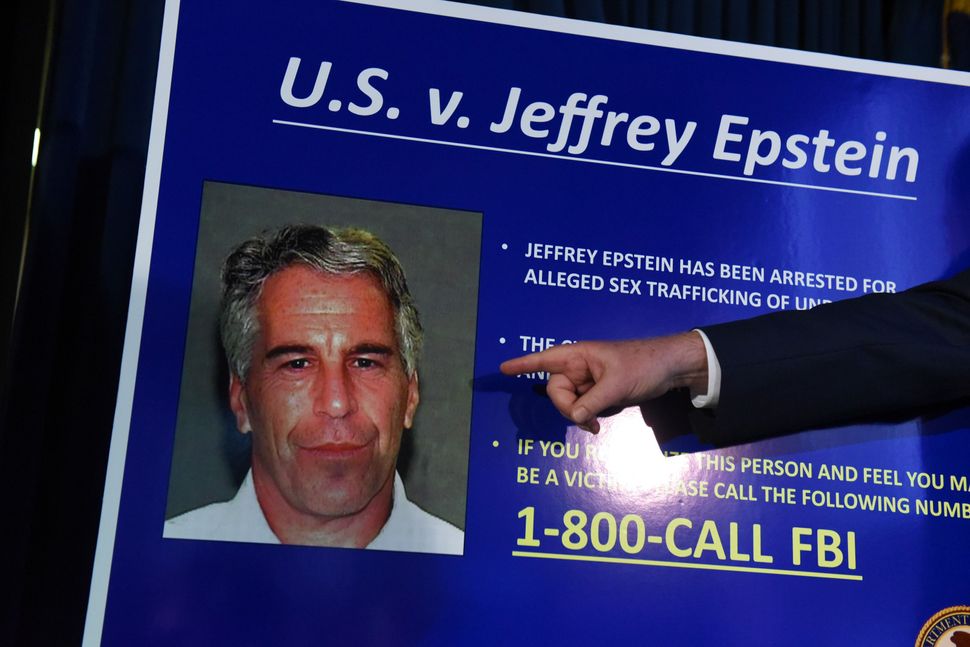 Charges being unveiled against Jeffrey Epstein earlier this month. Image by Getty

An elite Jewish prep school on Manhattan’s Upper East Side accepted a half million dollar donation from a foundation funded by Jeffrey Epstein.

In February 2008, an Epstein foundation — the C.O.U.Q. Foundation — gave Ramaz $500,000. Epstein pleaded guilty to charges stemming from an investigation into allegations that he solicited sexual favors from minors in June of that year. The Miami Herald first reported the donation.

On Wednesday morning, the Forward emailed a representative for Ramaz asking about the donation. That evening, Ramaz sent an email to its community noting that it had received the donation, but saying that the school was not aware who the original supplier of the foundation’s funds were. (In Jewish philanthropy, anonymous donations are considered virtuous, although non-profit leaders often have knowledge of the donor’s identity.) The school also said that the donation was received in 2007.

“This gift opportunity was brought to Ramaz by a community member and was used to establish an educational program,” the email read. “Over the past twelve years, Ramaz has spent nearly all of the funds to benefit our students.”

The email added that the school’s Board of Trustees convened immediately after being made aware of the provenance of the gift. They said they are changing their donation policies to require more transparency in regard to major gifts, and wrote that Ramaz “will not accept gifts from any organizations without identifying the principal individuals associated with them.”

Epstein has used the C.O.U.Q. Foundation to anonymously donate to other educational institutions. The Foundation gave $2.5 million to The Ohio State University in 2007.

In 2017, Epstein donated $50,000 to the UJA-Federation, a major Jewish charity. The Federations has not responded to multiple requests for comment on the donation.

In August and September 2018, the Forward reported that Rabbi Haskel Lookstein, Ramaz’s longtime leader and an internationally known rabbi, had been made aware of accusations of child molestation and inappropriate sexual contact of two Ramaz employees. One of the longtime teachers accused of sexual misconduct with students was a friend of Lookstein’s and his tennis partner.