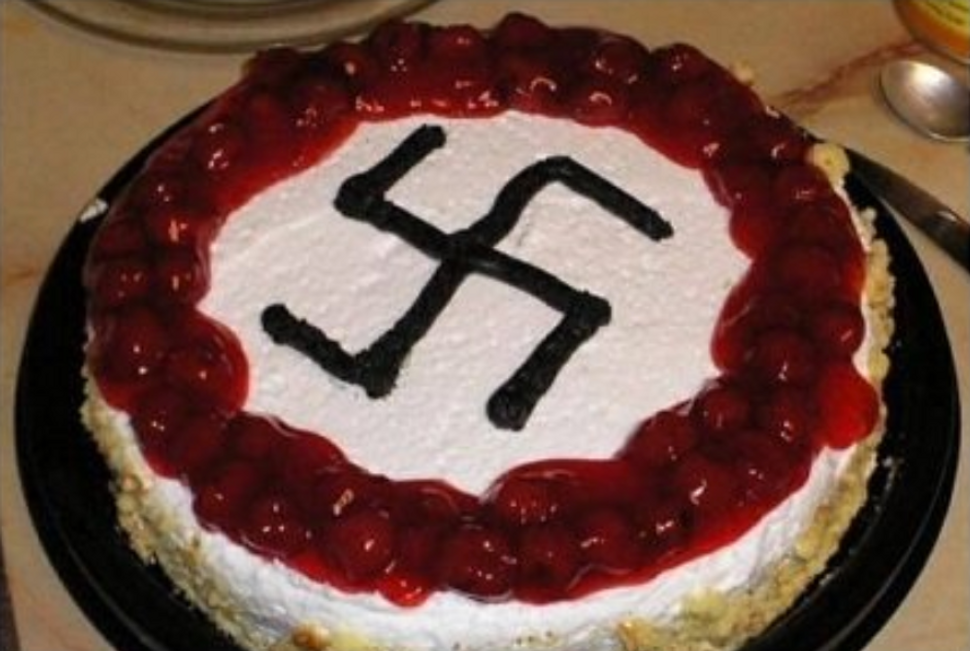 Djamel Boumaaz celebrated his 40th birthday with a swastika cake.

A French city official recently turned 40, and in his honor was given a cake decorated with a swastika, Israel National News reported.

The Simon Wiesenthal Center reposted the photo of Montpelier councillor Djamel Boumaaz’s cake: white with a graham-cracker-like bottom layer, candied-cherry border and a swastika drawn in the center with black icing. The caption read: “I spent a beautiful day with my family, music, food in the home of my SS friend, then my birthday cake arrived, a gift from my SS friend.” The post was removed.

Is this to be the fate of #FrenchJewry trapped between #Neonazis and #FarRight Extremists? @djamelboumaazhttps://t.co/c4BPrCXHgq pic.twitter.com/xTucs3z7Ll

Boumaaz, a former member of France’s far-right National Front party, has reportedly been fined in the past for making inverted Nazi salutes. And in 2016, he wrote that his Twitter account was “forbidden to dogs and Jews” and also denied the Holocaust on the platform, according to Israel National News.