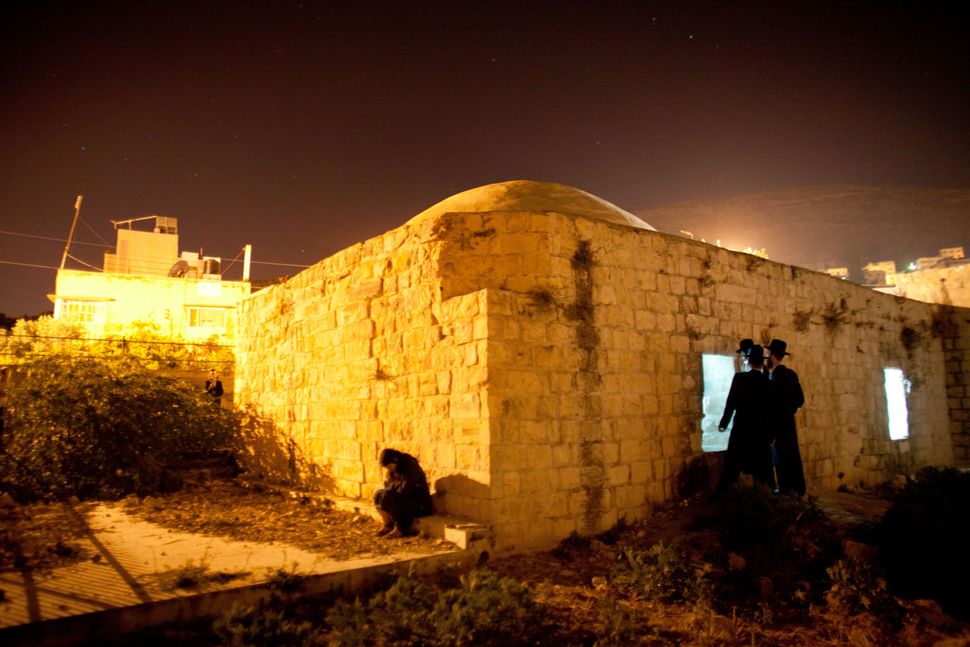 JERUSALEM (JTA) — Israeli soldiers found a pipe bomb hidden at the Jewish holy site of Joseph’s Tomb prior to the visit of 1,200 pilgrims.

The bomb was neutralized in a controlled explosion, according to the Israel Defense Forces, which had been carrying out a security check prior to the late Monday night visit.

Joseph’s Tomb is holy to Jews, Muslims and Christians. Israeli Jews must receive permission to visit the purported burial place of the Jewish patriarch.

Under the 1993 Oslo Accords, the site was to remain under Israeli control, but the Israeli army evacuated the premises in October 2000 during the second intifada and the tomb was burnt down by Palestinians. It was renovated and restored, but then torched and vandalized again in October 2015.

Jewish worshippers, in coordination with the military, make monthly nocturnal pilgrimages to the refurbished site.