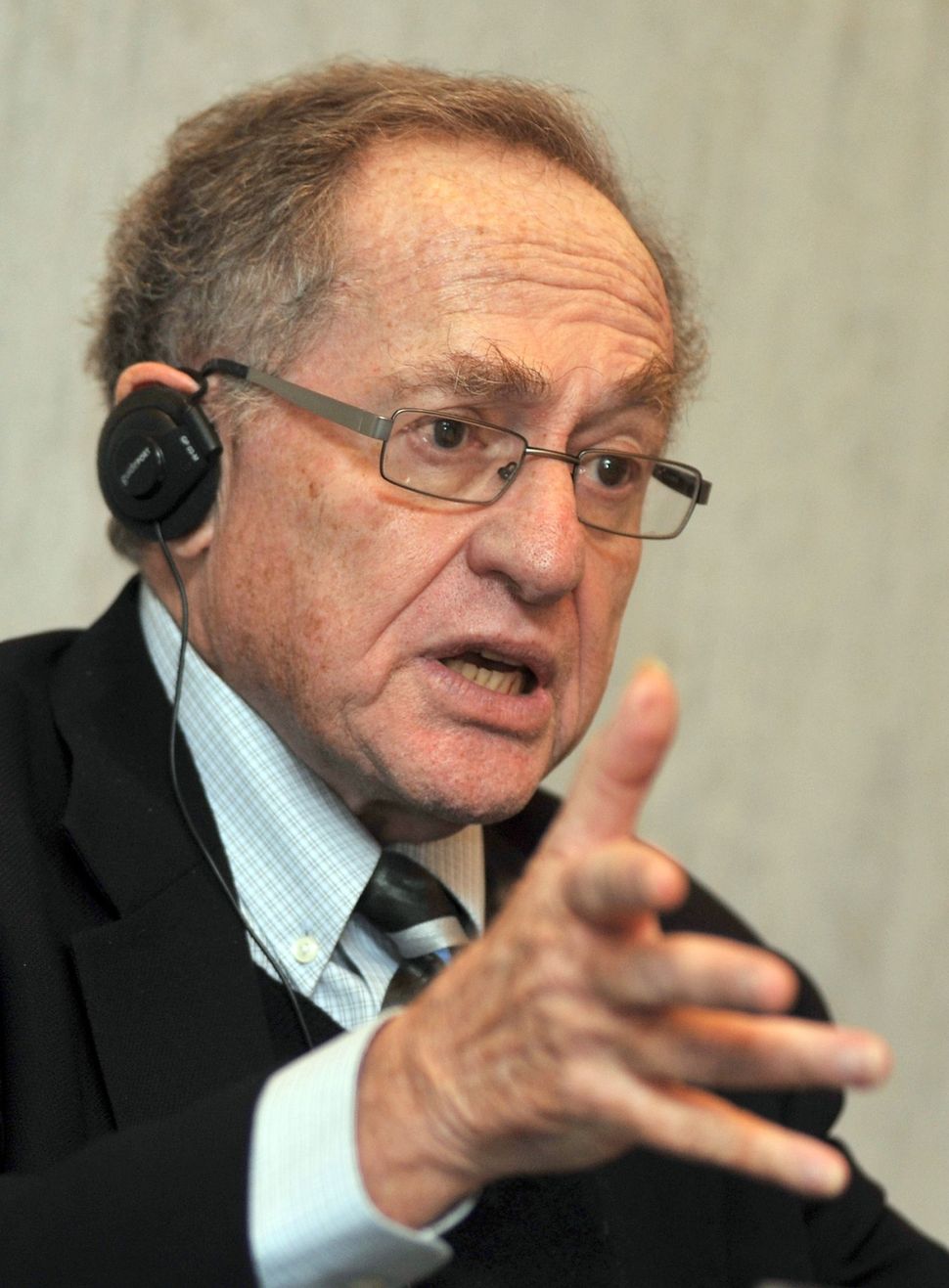 Alan Dershowitz at a press conference in Kiev on April 11, 2011 Image by Getty Images

CreepyDershowitz is trending on Twitter, where users are scrutinizing Alan Dershowitz’ legal argument to lower the age of consent to 16.

On July 29th, The New Yorker published a profile of Alan Dershowitz, a lawyer and professor Emiretus of Harvard law school who has recently come under fire for his connections to, and alleged involvement with Jeffrey Epstein and his sex-trafficking ring. Dershowitz also previously served as Epstein’s lawyer.

The profile references his 1997 op-ed in the LA Times, “Statutory Rape Is an Outdated Concept,” in which he argued that “There must be criminal sanctions against sex with very young children, but it is doubtful whether such sanctions should apply to teenagers above the age of puberty, since voluntary sex is so common in their age group,” and suggested that “fifteen” years old was an “appropriate compromise” for the age of consent.

Why is @AlanDersh trying to lower the age of consent in this op-ed? 15? Really? https://t.co/K8LyEho50X

Dershowitz went on to argue if young teenagers can access an abortion, this demonstrates a “degree of autonomy that seems inconsistent with making it a felony to have sex with a mature, consenting 16-year-old.” His comments sparked outrage from many Twitter users, who began tweeting with the hashtag #CreepyDershowitz and #CreepyDersh in addition to replying to Dershowitz’s tweets.

Dershowitz took to Twitter to defend his op-ed, stating that “I did not suggest that it is moral to have sex with a 16 year old, but rather that the issue presents a constitutional conundrum worthy of discussion.”

Virginia Giuffre, a victim of Jeffrey Epstein’s sex-trafficking ring, has claimed that she had been “lent out” to have sex with Dershowitz as a minor, and last year it was discovered that Dershwitz still provided legal advice for convicted sex offender Jeffrey Epstein.