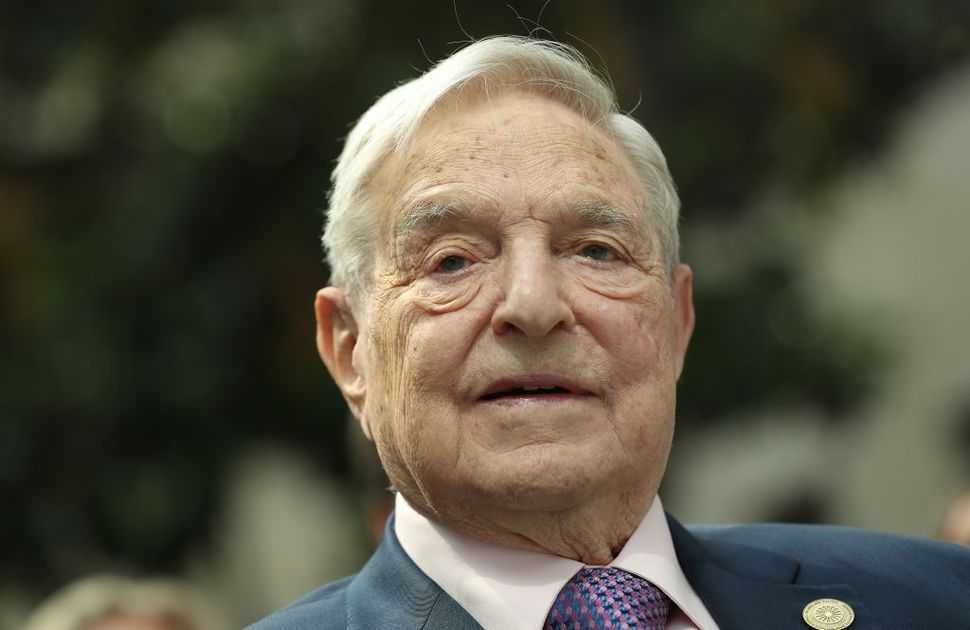 Financier and philanthropist George Soros attends the official opening of the European Roma Institute for Arts and Culture on June 8, 2017 in Berlin, Germany. Image by Sean Gallup/Getty Images

(JTA) — George Soros has donated $5.1 million to a new super PAC ahead of the 2020 presidential election — over twice as much as he had spent at this point in the campaign leading up to the 2016 election, Politico reported Wednesday.

The Hungarian-born Jewish billionaire’s Democracy PAC is his first involvement in the 2020 election cycle.

Soros, a longtime donor to the Democratic Party, has not and does not plan to weigh in on any of the Democratic candidates during the primary stage, according to Politico. He told The Washington Post last year that doing so could “divide the Democratic party.”

Soros eventually spent $20 million on the 2016 race, one of the largest amounts for a donor in either party.