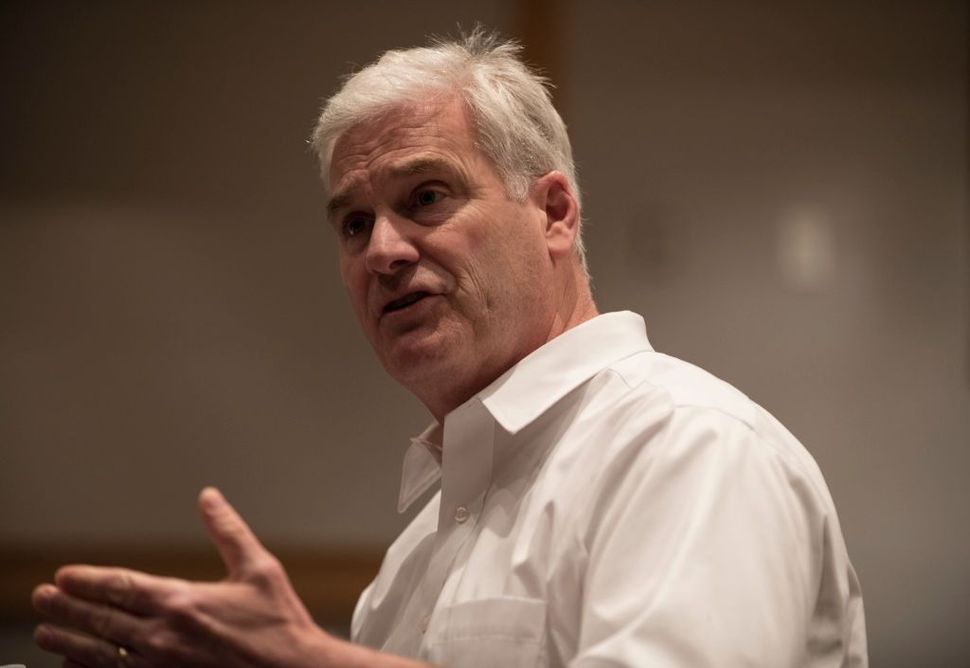 (JTA) — A letter sent by National Republican Congressional Committee Chairman Tom Emmer to party members identified three “left-wing radicals” that he says “bought control of Congress for the Democrats.” They are all Jewish.

Emmer represents Minnesota’s Sixth District in the U.S. House. The Minneapolis-based American Jewish World newspaper first saw the letter, which is said appears to have been circulated in March, in July and reported on it Friday.

The letter on Emmer’s letterhead says “the news of impactful, real progress on turning our nation around was undercut by biased media and hundreds of millions of dollars of anti-Republican propaganda put out by liberal special interests, funded by deep-pocketed far-left billionaires George Soros, Tom Steyer and Michael Bloomberg.”

“These left-wing radicals essentially BOUGHT control of Congress for the Democrats,” the letter also said.

Soros and Bloomberg are Jewish and Steyer had a Jewish father and has in the past identified as Jewish although now he is a practicing Episcopalian.

The letter employs the anti-Semitic trope that rich Jews use their money for power and control.

The three men have been targeted with the same accusation by several Republican and conservative figures, including former House Majority Leader Kevin McCarthy.

Democratic freshman Rep. Ilhan Omar of Minnesota in a tweet earlier this year suggested that the pro-Israel lobby had bought its influence on Capitol Hill. Omar apologized after she learned her tweet invoked the anti-Semitic trope.

Steve Hunegs, executive director of the Jewish Community Relations Council of Minnesota and the Dakotas, criticized Emmer’s letter but told the newspaper that he is “a good friend to the Jewish community in Minnesota.”

The NRCC under Emmer has repeatedly accused Democrats of anti-Semitism, especially Omar, the newspaper reported.