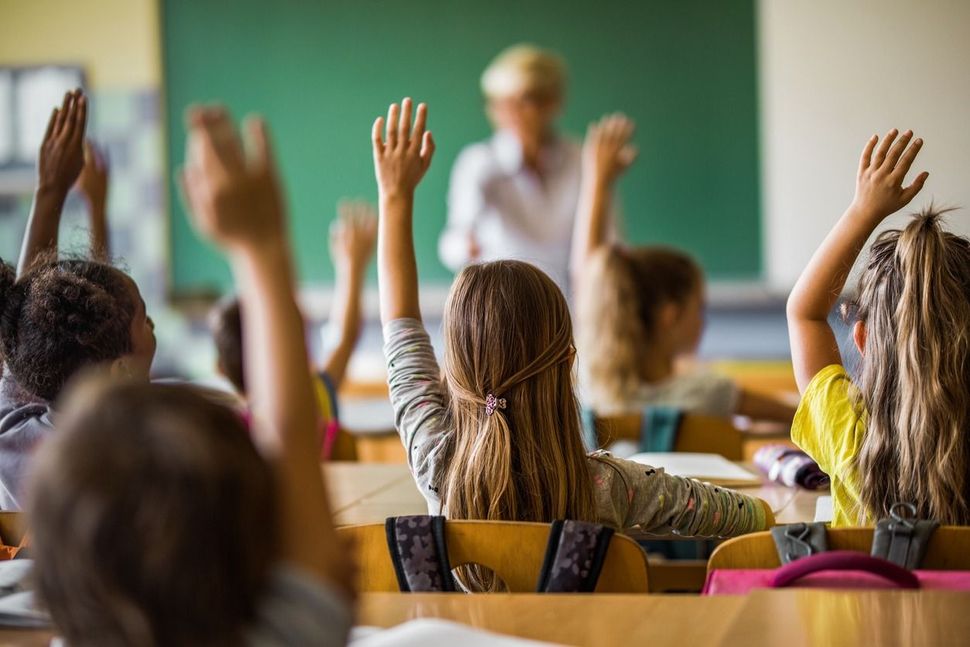 Back view of elementary students Image by iStock

(JTA) — An ethnic studies curriculum proposed by the California Department of Education is “inaccurate and misleading” and reflects an “anti-Jewish bias,” Jewish members of the state’s legislature wrote to the head of the committee writing the curriculum.

The 16 state legislators, all Democrats, are “strongly opposed” to the current draft of the Ethnic Studies Model Curriculum “moving forward without significant revisions.”

Their eight-page letter to the chair of the department’s Instructional Quality Commission, Soomin Chao, was dated last week.

A law that passed in 2016 ordered the state’s board of education to create a curriculum that would highlight the contributions of minorities in the development of California and the United States. The board has put the model curriculum up for public comment and is expected to approve it next year.

Conservatives in particular have been critical of the curriculum, although the nonpartisan Los Angeles Times also complained in an editorial that the curriculum “feels like an exercise in groupthink, designed to proselytize and inculcate more than to inform and open minds.”

The newspaper also notes that the curriculum discusses activist groups like the Black Panther Party and the Palestinian-led Boycott, Divestment and Sanctions movement targeting Israel, but “usually offers one side and one side only.”

The Jewish Caucus offered similar criticism, saying the section on BDS presents “a single viewpoint on an extraordinarily complex international political dispute” and “singles out Israel — the world’s only Jewish state — for special critique and condemnation that is both out of context and factually inaccurate.”

“It would be a cruel irony if a curriculum meant to help alleviate prejudice and bigotry were to instead marginalize Jewish students and fuel hatred and discrimination against the Jewish community,” the letter concludes.

The caucus also said the curriculum ignores the Jewish contributions to California and anti-Semitism, saying it “effectively erases the American Jewish experience.” The omission, they note, is “indicative of an anti-Jewish bias.”

The letter also noted that when the curriculum does acknowledge Jews it does so in a “derogatory and discriminatory manner.” The curriculum’s Arab American Studies Course, for example, quotes a lyric by a British Palestinian rapper named Shadia Mansour, reading “For every free political prisoner, an Israeli colony is expanded / For each greeting, a thousand houses were demolished / They use the press so they can manufacture, but when my sentence is judged, reality presents itself.”

The curriculum does not offer an Israeli Jewish perspective on the Middle East conflict, the caucus notes, and the rapper’s phrase “use the press so they can manufacture” is “a classic antisemitic trope abut Jewish control and the media.”

The Jewish Public Affairs Committee of California, a coalition of community relations councils, has also communicated its concerns to the education department, the Jewish News Syndicate reported.

“We have concerns that include the curriculum’s omission both of Jews as an ethnic group and of anti-Semitism as a concept. The curriculum should reflect the true diversity of California’s population,” Jeremy Russell, spokesman for the Jewish Community Relations Council of San Francisco, told JNS.

Other Jewish groups both in and outside of California expressing concerns about the proposed curriculum include the Simon Wiesenthal Center, the American Jewish Committee and Camera, the Committee for Accuracy in Middle East Reporting and Analysis.