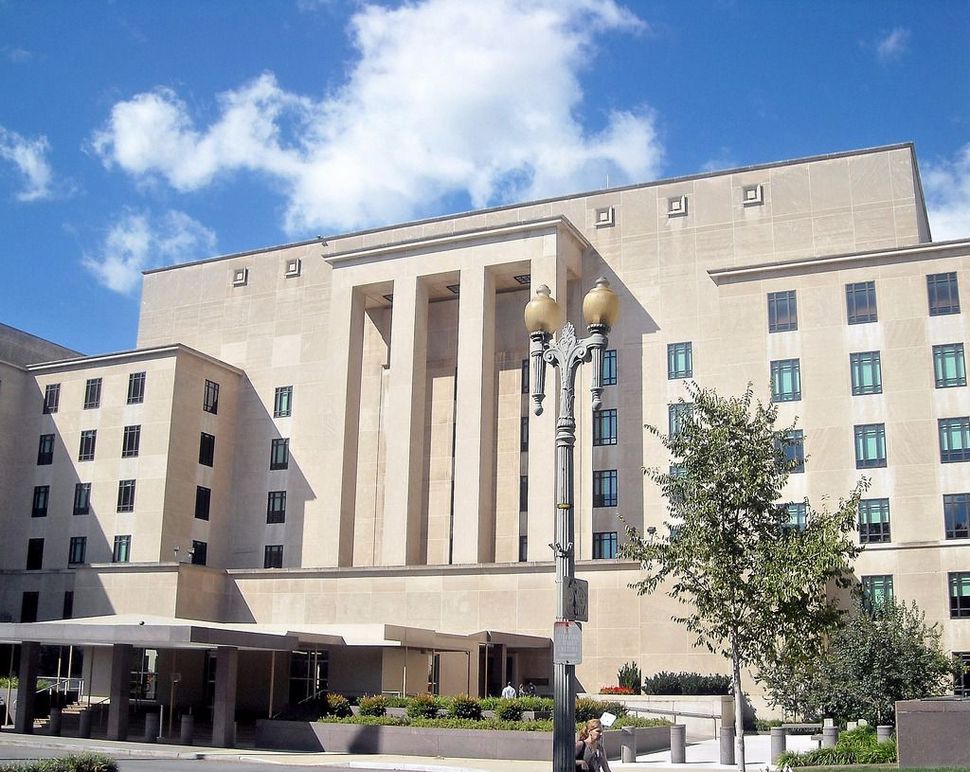 The State Department has put on leave an official who has reportedly been a local leader in the white supremacist movement over the last several years, Politico reported Thursday.

Matthew Q. Gebert, who was hired in 2013 and works as a foreign affairs officer in the department’s Bureau of Energy Resources in Washington, hosted white nationalist meetings in his home and wrote racist posts online, according to an investigation by the Southern Poverty Law Center.

“We need a country founded for white people with a nuclear deterrent,” Gebert reportedly said on a 2018 podcast. He also reportedly hosted gatherings of white nationalists in his home and once attended an invite-only dinner with the infamous Holocaust denier David Irving.

The Twitter accounts that the SPLC used to identify Gebert have since been taken down. Gebert could not be reached for comment by Politico or the SPLC, and the State Department did not reply to the news outlet’s questions about his employment. It told the SPLC that it was “committed to providing a workplace that is free from discriminatory harassment and investigates alleged violations of laws, regulations, or Department policies, taking disciplinary action when appropriate.”

Gebert worked on India and Pakistan issues at the State Department, former coworkers told Politico. His former boss, Amos Hochstein, expressed surprise that the State Department’s screenings, which would have come upon hiring and his five-year work anniversary, didn’t catch his activities.

“It is inconceivable he got security clearance twice,” Hochstein told Politico. “If Gebert was Muslim or a person of color, it would have been caught. Neo-Nazis are not all shaved heads and tattoos, they are hiding in plain sight. I’m horrified Gebert worked for me at the State Department.“