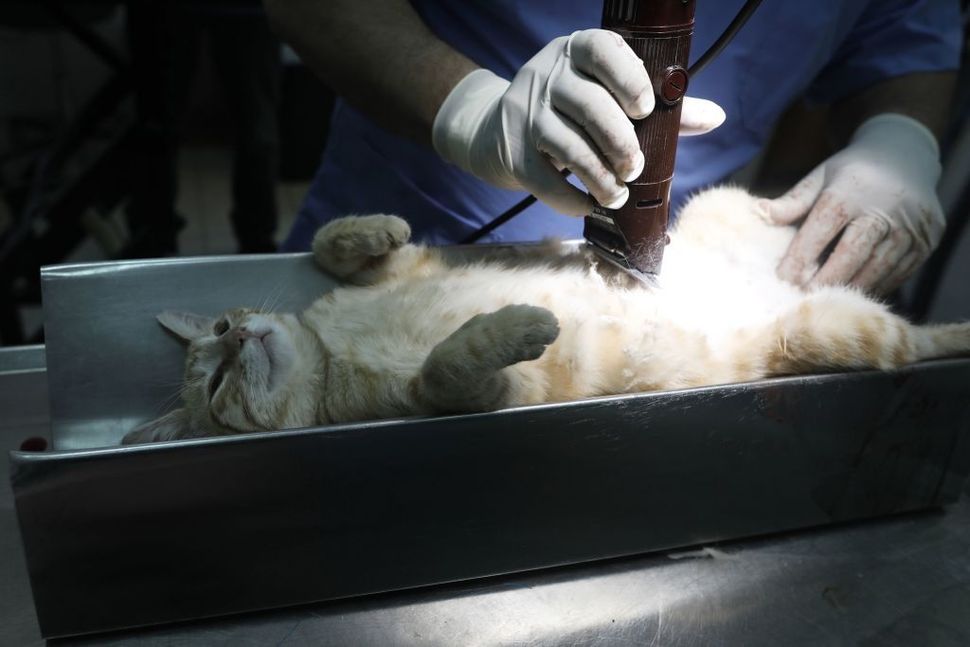 A veterinarian prepares a stray cat for sterilization surgery at the Jerusalem municipal veterinary center on March 7, 2019. Image by MENAHEM KAHANA/AFP/Getty Images

Residents of Jerusalem are taking to social media to note something strange – the city’s population of stray cats appears to be going missing, The Jerusalem Post reported last week.

Jerusalem is believed to have one of the largest stray-cat populations in the world, with more than 240,000 cats living among 900,000 humans, Israel’s top veterinarian told AFP in May. They are so beloved that after the city government moved most of its trash bins underground, raising fears that the cats would starve from lack of access to food scraps, Mayor Moshe Lion ordered the government to install cat feeding stations.

But many residents have noticed far fewer cats in the streets this summer, and some are suspecting foul play. There’s been online speculation that cats had ingested poison or were otherwise targeted by humans. But others have cautioned that it’s possible the cats are just hiding in the shadows to avoid the sunlight during the hot summer months, and are coming out at night when it’s cooler and fewer humans are paying attention.

Chaya Beili, the shelter manager for the Jerusalem Society for the Prevention of Cruelty to Animals, said a colleague had told her that around 50 cats had disappeared from her neighborhood in the past year, but couldn’t collect any data.

A spokesman for the Jerusalem city veterinary service confirmed to The Jerusalem Post that there were suspicions that cats were indeed disappearing, but added that they had no hard evidence yet. He urged anyone with information to call the police.