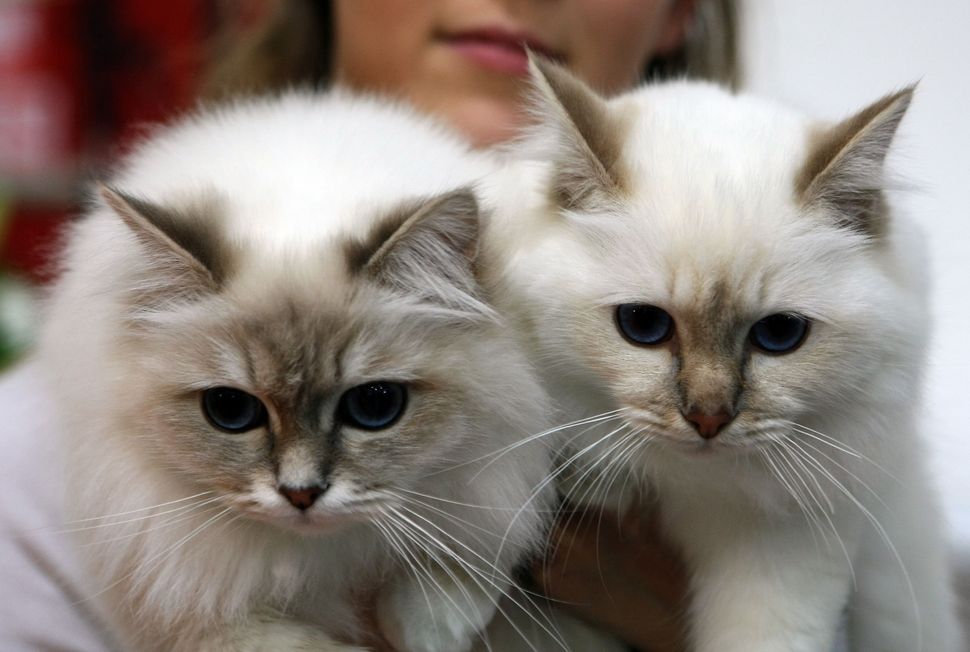 Agricultural Minister Uri Ariel has backpedaled on his controversial recommendation that Israel’s population of stray cats be transferred to a foreign country to control their numbers in a way that accords with Jewish law.

Following widespread derision, Ariel has maintained that the Environmental Protection Ministry should no longer spay and neuter stray cats and dogs. But he has since suggested that the budget for the animals be spent on researching rather than transferring them, Haaretz reported.

The issue of stray animals falls under the auspices of both the Environmental Protection and Agriculture Ministries. The neutering budget amounts to 4.5 million shekels (about $1.1 million) annually.

Ariel provoked fierce criticism and mockery after he sent a letter to Israel’s environmental protection minister arguing that a population transfer of Israel’s stray cats and dogs to a foreign country was a way of controlling their numbers more in line with Jewish law than neutering them. Ariel based his conclusion on the biblical commandment to “go forth and multiply in the land of Israel,” Ynet reported.

Ariel’s recommendation was condemned both by Environmental Ministry officials and by fellow politicians.

Knesset member Tamar Zandberg of the left-wing Meretz party sent a letter to Ariel saying: “Spaying and neutering street cats is the only action being taken to prevent uncontrolled growth, and preserve the health of the stray population. Ending this program will allow for a spike in the number of stray kittens being born every year, which will increase the number of cats which will die of hunger, thirst, cold, dehydration and more.”

On Monday, Tzipi Livni of the opposition’s center-left Zionist Union party responded to Ariel by posting a picture on Facebook of her playing with a black-and-white cat.

“No way will I get a foreign passport for little one,” the photo’s caption reads.