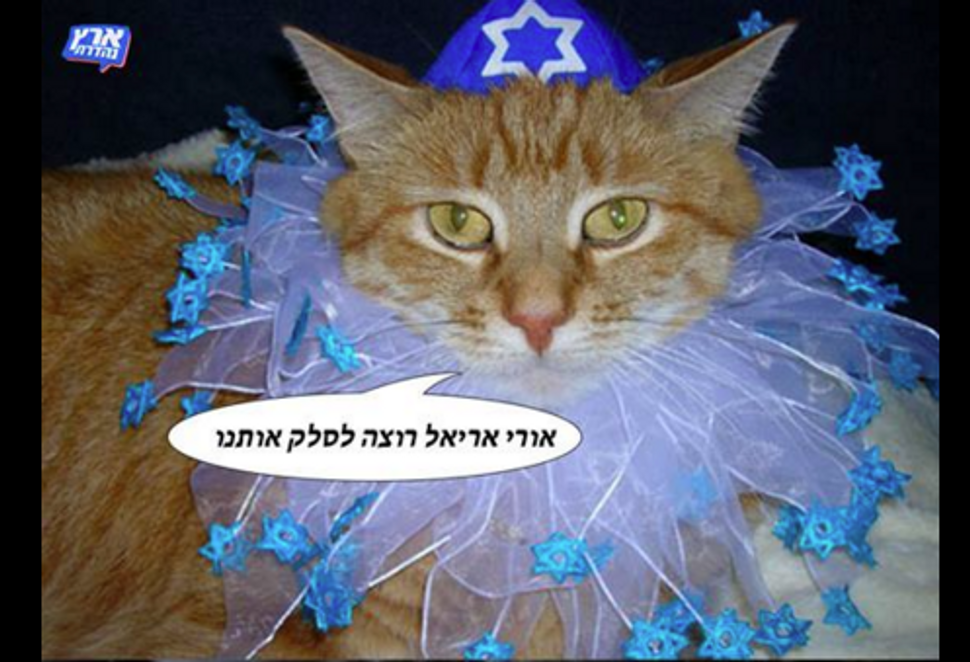 Claws were out on Monday after an Israeli cabinet minister proposed sending stray dogs and cats to another country as an alternative to government-funded efforts to sterilize them.

“Use the budget to transfer stray dogs and/or cats of one gender (all the males or all the females) to a foreign nation that will agree to accept them,” Agriculture Minister Uri Ariel suggested in a letter to a cabinet colleague leaked to the mass circulation Yedioth Ahronoth daily.

The proposal, which a spokesman for Ariel said had been rejected after initial consultations within the Agriculture Ministry, was roundly criticized by animal rights activists and bemused opposition politicians.

“No way am I going to apply for a foreign passport for Pitzkeleh,” former Foreign Minister Tzipi Livni tweeted above a photo showing the smiling Zionist Union party politician reclining on a sofa and feeding her cat. 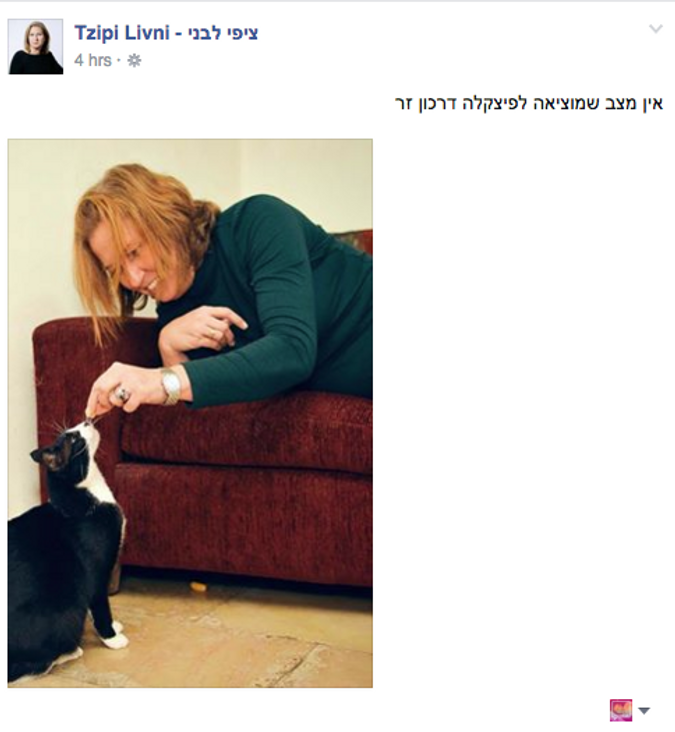 “Pitzi Ziv-Yachimovich,” Shelly Yachimovich wrote on her Facebook page with the video bellow, “A neutered cat, who aspires for peace and equality, born in this country, Zionist and social-democrat, would like to respond:”

The newspaper report said Ariel, a religious Jew and a member of the far-right Jewish Home party, views spaying and neutering as possible violations of God’s directive “to be fruitful and multiply” and ritual law that prohibits animal cruelty.

But Zahava Galon, head of the opposition left-wing Meretz party, wrote on Facebook that Ariel’s idea ran contrary to “basic morality” – and she quipped that it was time to find a country prepared to grant the minister shelter instead. (