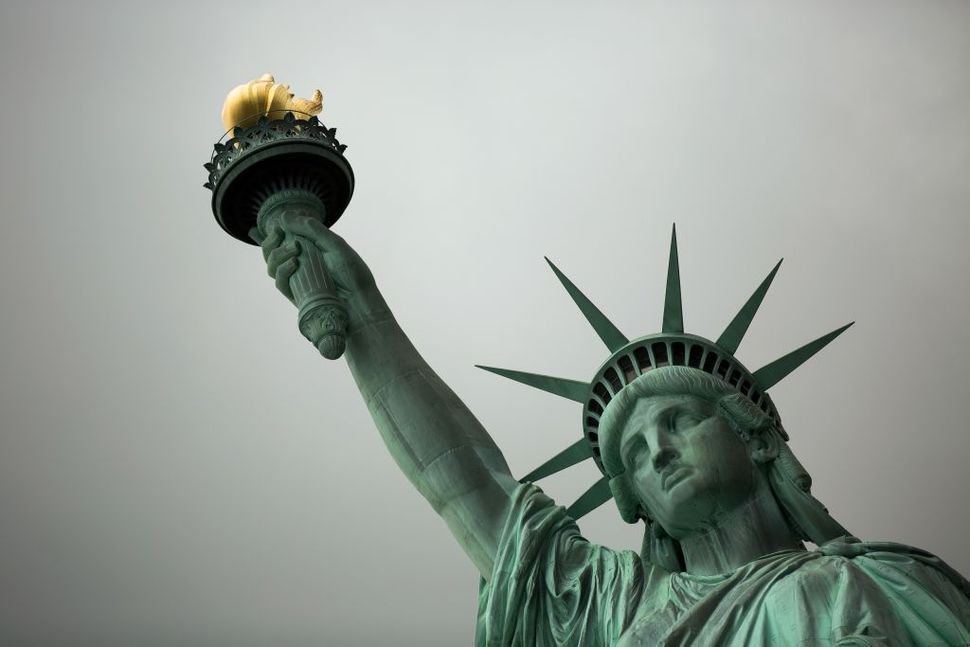 The Statue of Liberty Image by Drew Angerer/Getty Images

Asked about the Jewish poet’s words by an NPR reporter on Tuesday, Ken Cuccinelli, the United States Citizenship and Immigration Services acting director, gave the old words a new twist.

“Give me your tired and your poor,” Cuccinelli said, then adding his own qualifier, “who can stand on their own two feet and who will not become a public charge.”

In the original poem, the line reads: “Give me your tired, your poor, Your huddled masses yearning to breathe free.”

Cuccinelli was defending the Trump administration’s newest regulation aimed at curbing immigration by withholding Green Cards from immigrants who receive, or the federal government thinks will need, government benefits.

President Donald Trump has sought to curb immigration, both legal and illegal. Paired with what many critics see as racially charged rhetoric aimed at African-Americans and Latinos, the president’s policies have set off a fierce backlash among his critics, including in the Jewish community.