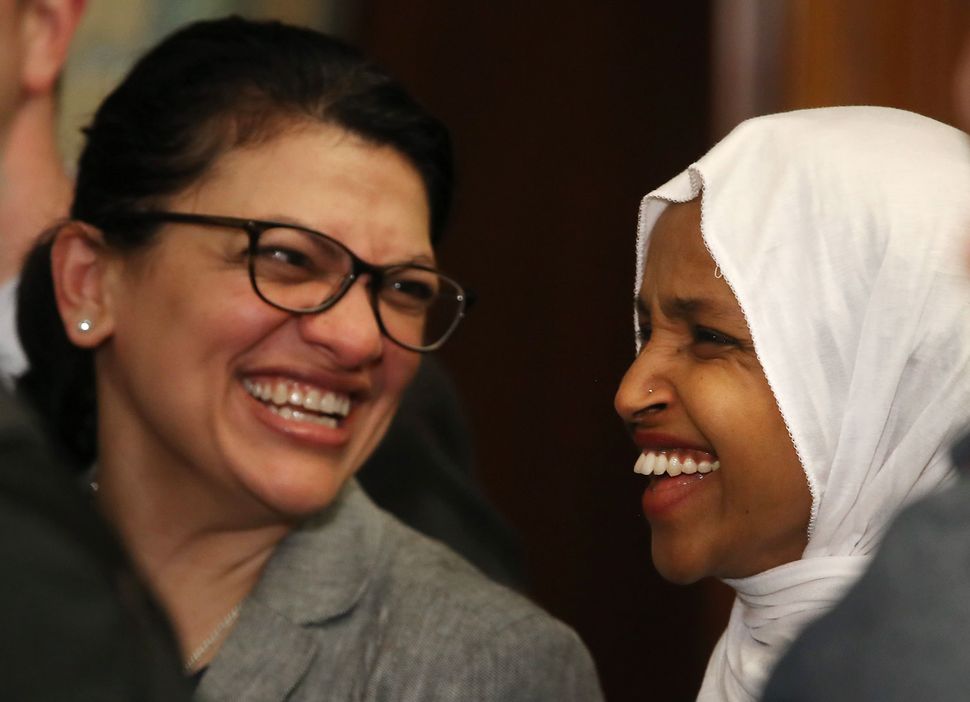 JERUSALEM (JTA) — Knesset member Nir Barkat, a former mayor of Jerusalem, said he would be willing to meet with U.S. Reps. Ilhan Omar and Rashida Tlaib if they are willing to “learn and listen.”

Both Omar and Tlaib have been intensely critical of Israel and have courted allegations of anti-Semitism from some Jewish Americans.

In an interview, Barkat told the Tel Aviv-based cable news channel i24 on Tuesday that he would be willing to meet with the freshman lawmakers, but not if “they come with their opinion and create propaganda or make havoc in our country.”

“If I would be convinced that they came to listen and learn in how this country works, how Jerusalem works, how our political system works, I would consider it,” the Likud party lawmaker said.

He added that “convincing people that [Israel’s] path is the right path is the high road I think we should take.”

Tlaib and Omar, supporters of the Boycott, Divestment and Sanctions movement against Israel, reportedly are planning a trip to Israel and the West Bank later this month,

Israel’s ambassador to Israel, Ron Dermer, said in a statement last month that “Out of respect for the U.S. Congress and the great alliance between Israel and America, we would not deny entry to any member of Congress into Israel.”