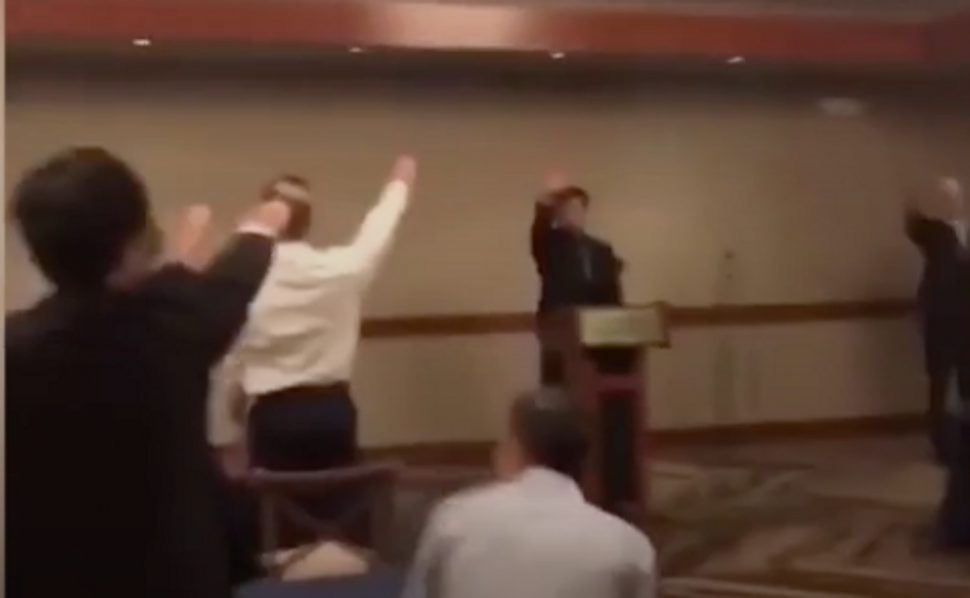 A video showed water polo team members from Pacifica High School in Garden Grove saluting and chanting a song that was played during the rise of Adolf Hitler to support the Nazi troops. One of the athletes shared the video on Instagram, and the lyrics were found on his profile’s bio.

A spokesperson for the school district told The Daily Beast that administration was notified about the incident four months later. It’s unclear if anyone was disciplined.

“While the district cannot comment on student discipline, the school did address this situation with all involved students and families,” the spokesperson said. “The district adheres to strong policies about harassment and cultural sensitivity, and we condemn all acts of anti-Semitism and hate in all forms. We remain focused on educating students about cultural sensitivity and are committed to holding students accountable, educating them on the consequences of their choices, and the impact these actions have on our schools and community at large.”

It’s the second Nazi-related incident among students in southern California this year. In March, the Newport-Mesa United School District responded to photos on social media that showed students partying, throwing up Nazi salutes and playing a drinking game with cups arranged to look like a swastika.