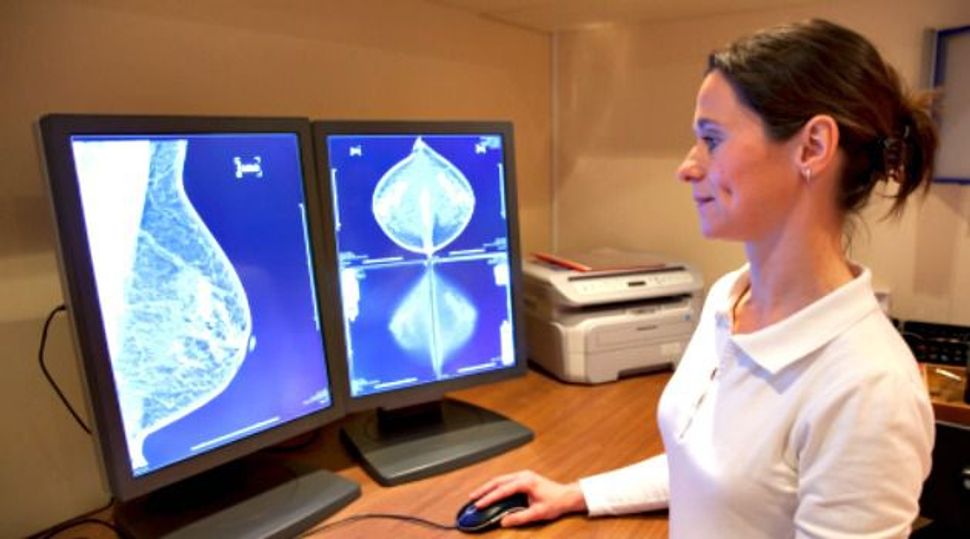 (JTA) — Ashkenazi Jewish women should be screened for the BRCA1 and BRCA2 genes linked to breast cancer.

That’s the recommendation by a U.S. task force announced in an editorial this week in the Journal of the American Medical Association.

One in 40 Ashkenazi Jews have a BRCA1 or BRCA2 mutation, compared with one in 300 people in the general population, according to studies.

The U.S. Preventative Services Task Force says that primary care doctors should assess women’s BRCA1 and BRCA2 mutation risks) if their ancestry is prone to BRCA mutations, such as Ashkenazi Jewish women, and if they previously were treated for breast or ovarian cancer.

It also called for an increase in the number of cancer-specific genetic counselors in the United States.

The editorial was co-authored by Dr. Susan Domchek, executive director of the Basser Center for BRCA at the Abramson Cancer Center at the University of Pennsylvania, and Dr. Mark Robson, a medical oncologist and chief of Breast Medicine Service at Memorial Sloan Kettering Cancer Center.