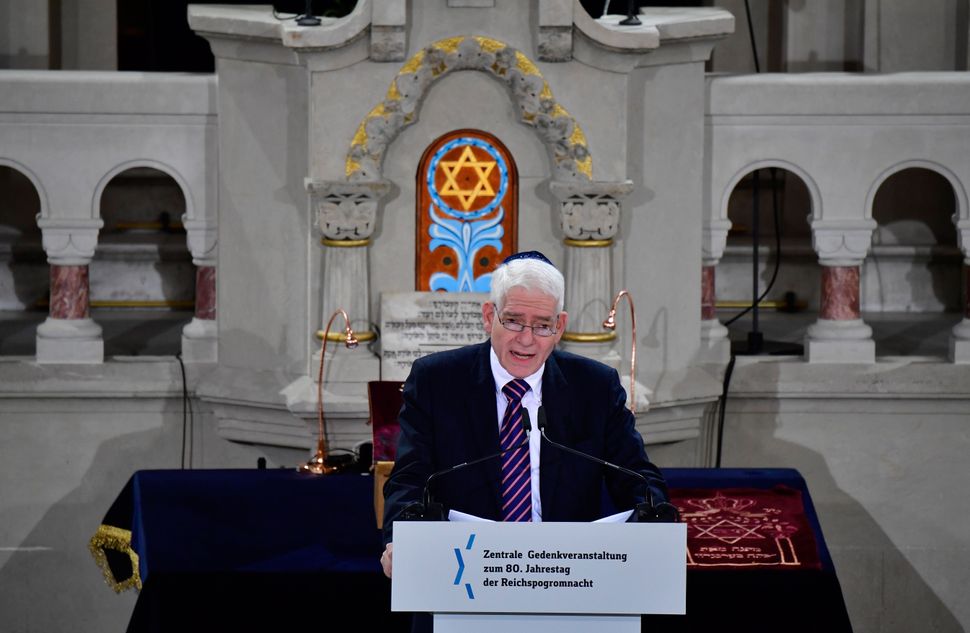 President of the Central Council of Jews in Germany, Josef Schuster Image by Getty Images

Josef Schuster, head of the Central Council of Jews in Germany, told the Welt am Sonntag weekly newspaper that the former concentration camp in Flossenbürg is already considering adding tours in Arabic. “This should be expanded to all such memorials,” Schuster said.

Germany has seen an influx of some one million Arabic-speaking refugees in the past 4 years.

Schuster also warned against any political deals with the right-wing Alternative for Germany party, which is expected to gain parliamentary seats in local elections in former East German states next month.

With only a few weeks to go before elections in some former east German states, Schuster said that mainstream political parties should
shun any parliamentary coalitions with the anti-immigrant, anti-minority AfD party, some of whose representatives have also
relativized the Holocaust. He warned that the AfD is “closely connected to far-right extremism” but manages to present another image
to the public by stirring and feeding off legitimate fears. Any political pact with the AfD would force other participating parties to
“always look to the right.”

By agitating against minorities in general, the AfD creates a climate that “ultimately is hostile to Jews as well,” he said.

Though there have been several recent anti-Semitic incidents reported in German cities, including attacks on two rabbis, the biggest danger still comes from the right, he said. Statistics have shown that the vast majority of reported anti-Semitic crimes were attributed to far-right perpetrators.