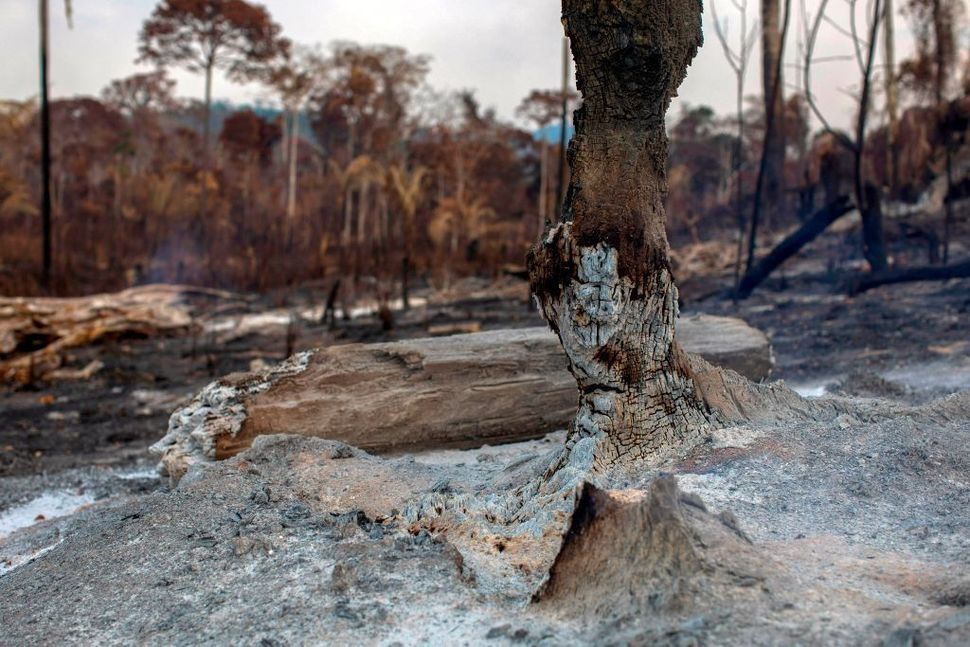 View of a burnt area after a fire in the Amazon rainforest near Novo Progresso, Para state, Brazil, on August 25, 2019. Image by JOAO LAET/AFP/Getty Images

“Many thanks to dozens of heads of state who listened to me and helped us overcome a crisis that only interested those who want to weaken Brazil,” Bolsonaro tweeted on Sunday.

Under international pressure, Bolsonaro on Friday authorized the use of 44,000 troops to battle the fire, the most serious since 2013, when the country began tracking them using official data.

Brazilian far-left activists have used the situation to distill their anger against the right-wing Bolsonaro, who was elected by nearly 60 percent of voters, putting an end to 15 years of governments with openly anti-Israel stances.

Some world leaders and celebs seeking to denounce the fires have unwittingly ended up misleading millions on social media, either sharing photographs of the region that are years old or images taken in other parts of the world.

In January, Israel sent a rescue team and equipment to Brazil to help in the search for hundreds feared dead following the collapse of a dam at a mine.