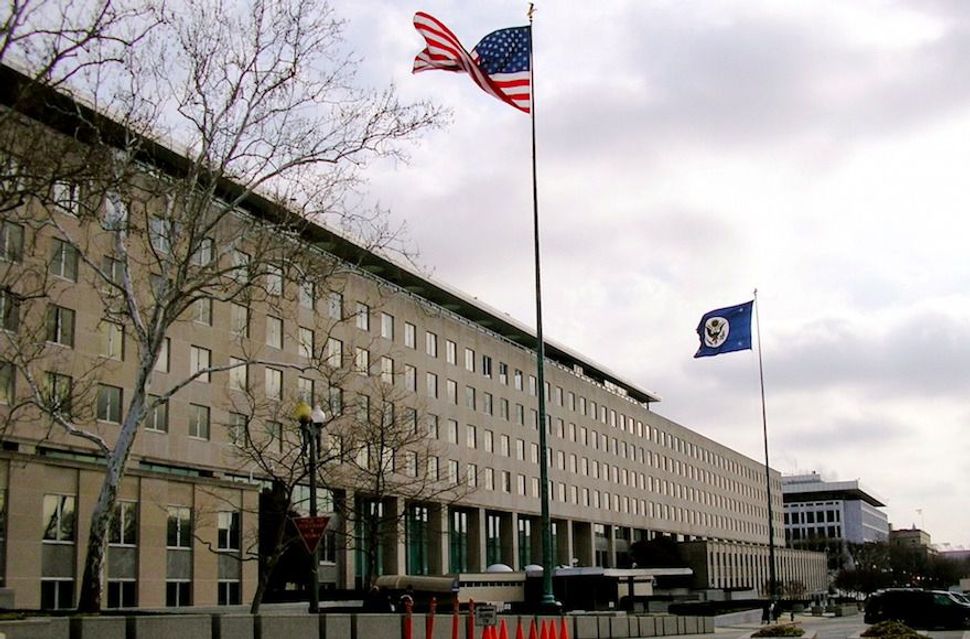 WASHINGTON (JTA) — The State Department’s removal of the word “Palestinians” from a web page listing countries and areas covered by its Bureau for Near East Affairs does not reflect a change in policy, a spokeswoman said.

“The website is being updated,” the spokeswoman told the Jewish Telegraphic Agency in an email. “There has been no change to our policy.”

A journalist with Middle East expertise, Aaron Magid, noticed the change last week. The State Department had listed “Palestinian Territories” as an area under the aegis of its Near East Bureau at least until 2017.

Saeb Erekat, the Palestine Liberation Organization’s secretary-general, said on Twitter that the change was about “advancing the agenda” of the settlement movement.

The Trump administration has defunded virtually all of the money — about $400 million annually — that the United States had relayed to the Palestinians. It has also moved the U.S. Embassy in Israel to Jerusalem while rolling its Palestinian interests sections into the embassy’s business. U.S. officials previously dealt with Palestinians out of a separate Jerusalem consulate.

Trump administration officials also have retreated from favoring a Palestinian state as an outcome of peace negotiations. President Donald Trump, attending a multilateral summit on Monday, suggested that he may restore Palestinian funding should the Palestinians agree to rejoin the peace process. The Palestinians stopped cooperating with Trump after he recognized Jerusalem as Israel’s capital, with no commensurate recognition of Palestinian claims to parts of the city, in December 2017.