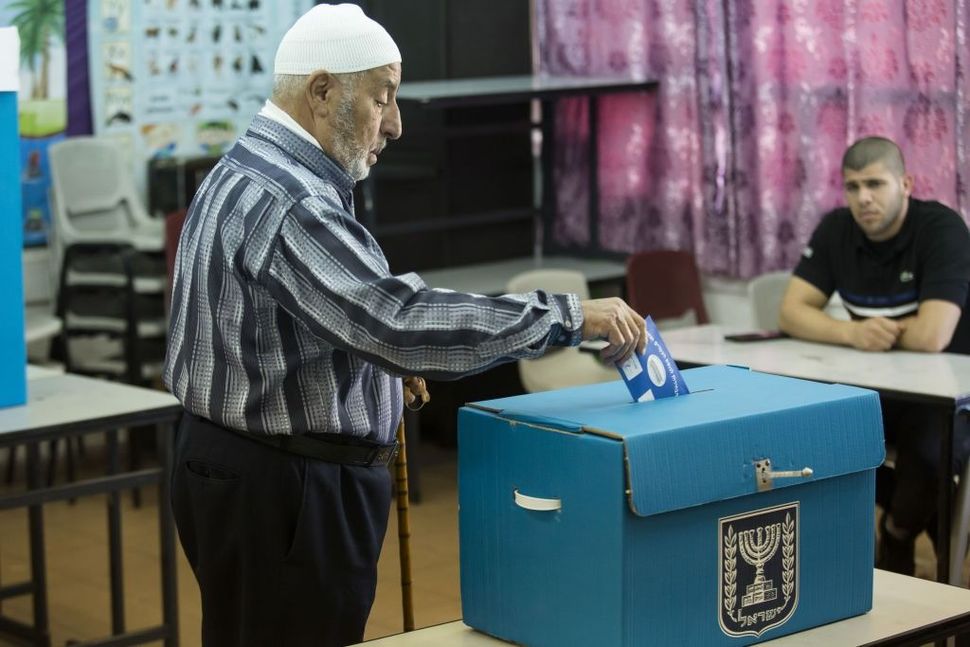 An Arab man casts his ballot in Israel’s general elections on April 9, 2019 in the village of Kafir Qasim, Israel. Image by Amir Levy/Getty Images

The decision is directed at the Likud party, which had planned to place cameras in more than 1,000 polling stations in Arab communities.

During the April election, Likud activists placed more than 1,200 cameras hidden in polling stations or on observers.

Likud officials said the cameras were aimed at preventing voter fraud. Critics of the practice said it was meant to lower Arab voter turnout and invalidate Arab votes.

The Central Election Committee chairman, Hanan Melcer, said in his ruling that such a practice would require legislation. His decision comes after Attorney General Avichai Mandelblit said there was no legal authority to place cameras in voting stations.

Melcer, a Supreme Court judge, wrote in his ruling that he would be in favor of a pilot program in which Central Elections Committee staff would visit polling stations with cameras to ensure fair voting.

Adalah-The Legal Center for Arab Minority Rights in Israel, the Israel Democracy Institute, the Association for Civil Rights in Israel and the Movement for Quality Government appealed to the Central Elections Committee to ban Likud from placing cameras in voting stations.

In some cases, cameras are permitted after the polls close while the ballots are being counted. But everyone involved must be informed of the filming, which is then noted in the polling station’s minutes.