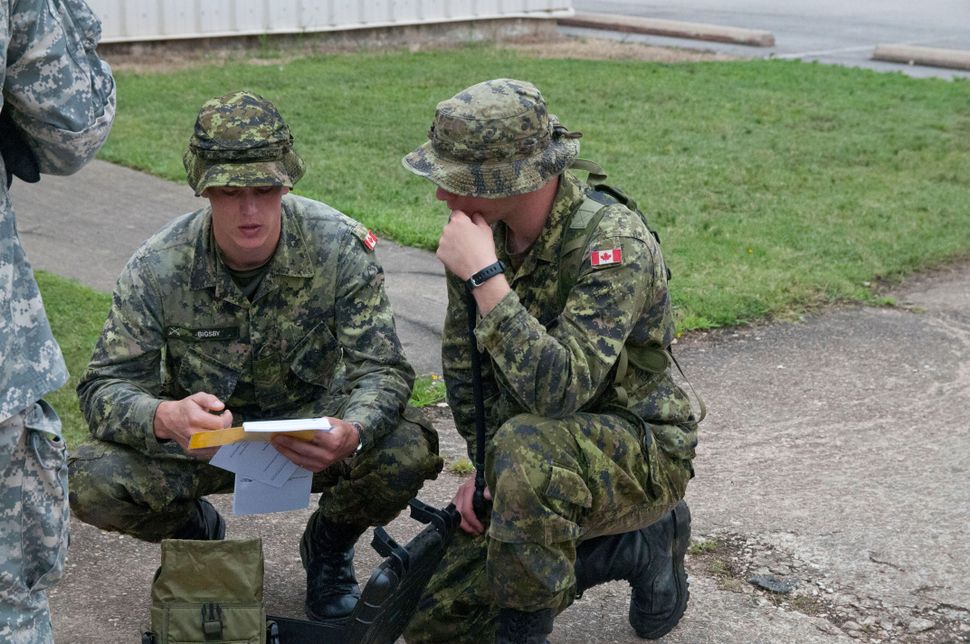 A Canadian military soldier was fired after it was revealed that he was a recruiter for a neo-Nazi paramilitary group, the Winnipeg Free Press reported.

Master Corporal Patrik Mathews will be formally released from the Canadian Army Reserves in a few weeks, after recently being suspended and stripped of his uniform. There is an ongoing investigation into his conduct and extremist views. Mathews was a recruiter for The Base, a violent “far-right” hate group. He was originally going to return as a combat engineer in September.

“It is incumbent of our leaders to know their soldiers, and to take measures when they have acted in a manner that is not aligned with our beliefs and culture of respect for all people,” a military spokeswoman wrote in a statement. “We have taken decisive action, and we will continue to exert full energy in removing those from our ranks who harbour extremist ideologies.”

Mathews was outed as a member of The Base when a Free Press reporter went undercover after “Save your Race, Join The Base” posters were posted around the city.