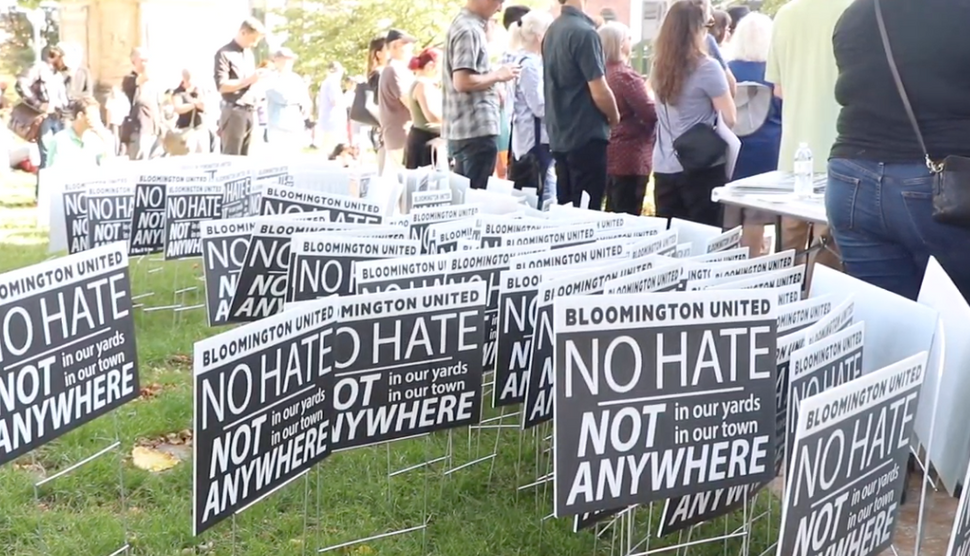 An event promoting solidarity against hate at Indiana University was disrupted when a man heckled a rabbi leading the event, the Indiana Daily Student reported.

Bloomington United’s Evening of Solidarity took place at the Monroe County Courthouse on Tuesday, where 200 people gathered against white supremacy.

Rabbi Sue Silberberg, executive director of the Helene G. Simon Hillel Center and a co-director of Bloomington United, was speaking about the Holocaust, and how Adolf Hitler normalized the persecution of Jews, when she was interrupted.

“Over the past two years, we’ve been watching a similar phenomenon here in America,” Silberberg said. A man in the crowd, David Majercak Sr., responded: “No, we have not.”

He tried yelling over her as she continued.

Majercak told the paper that he had hoped to interrupt the rally because he thought it was protesting President Trump, whom he supports. While he is against white supremacy, he said he still wanted to let the participants know the anti-hate message wasn’t effective.

“Everyone’s against hate,” he argued.

The event coordinators said they feel otherwise, as Ku Klux Klan fliers have been posted around the city and a farmers market vendor was accused of supporting white nationalism.

After the rally, Majercak approached Silberberg and told her that she is not Jewish because, he claimed, Jews wouldn’t compare Hitler to Trump. Silberberg responded that she hadn’t mentioned Trump in her speech.

“People like that make our responsibility to stand up for what we believe even more important,” she told the paper.