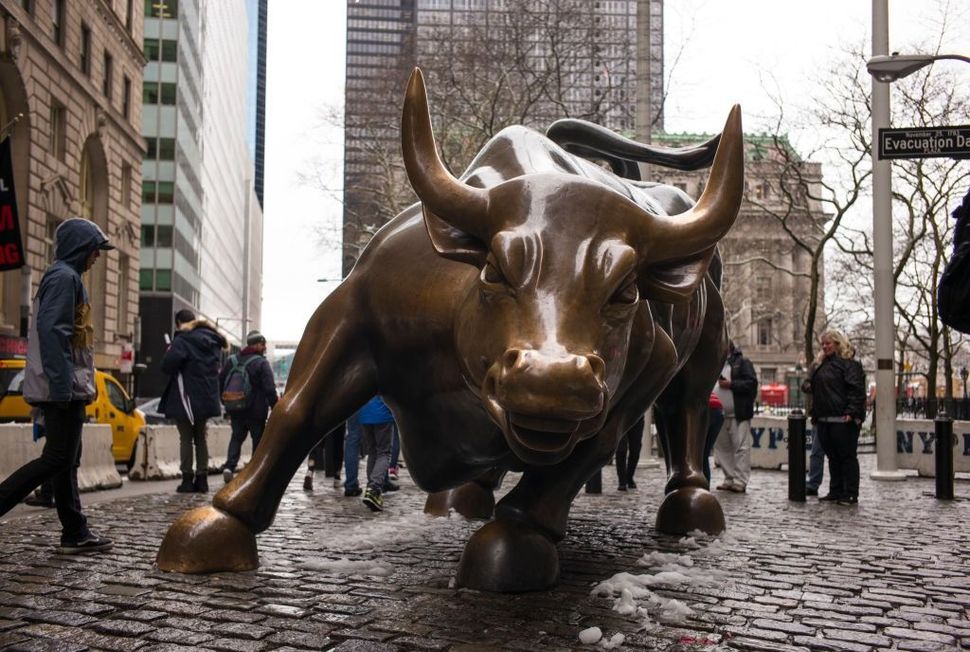 A man who appeared to be wearing a tallit, a Jewish prayer shawl, was arrested Saturday after allegedly smashing the iconic Charging Bull statue in New York’s financial district.

Tevon Varlack of Dallas was arrested after allegedly damaging the bronze statue by repeatedly thwacking it with a banjo, ArtNet reported. Varlack was reportedly wearing a t-shirt with the words “Let Us Not Forget The Ten Commandments,” leading some to wonder whether the action had anything to do with Moses’s destruction of the Golden Calf statue in the Bible.

Varlack was charged with criminal mischief, disorderly conduct, and criminal possession of a weapon (apparently a reference to the banjo), and was released on bail but told to stay away from city landmarks, according to ArtNet.

Varlack also repeatedly yelled “F—- Donald Trump” during his alleged attack on the bronze beast, the New York Daily News reported. The bull was left with a hole in its right horn and several scratches.

The Charging Bull statue has been a symbol of New York’s financial sector since its installation in 1989, and drew new attention after another sculptor placed her own “Fearless Girl” statue in front of it.