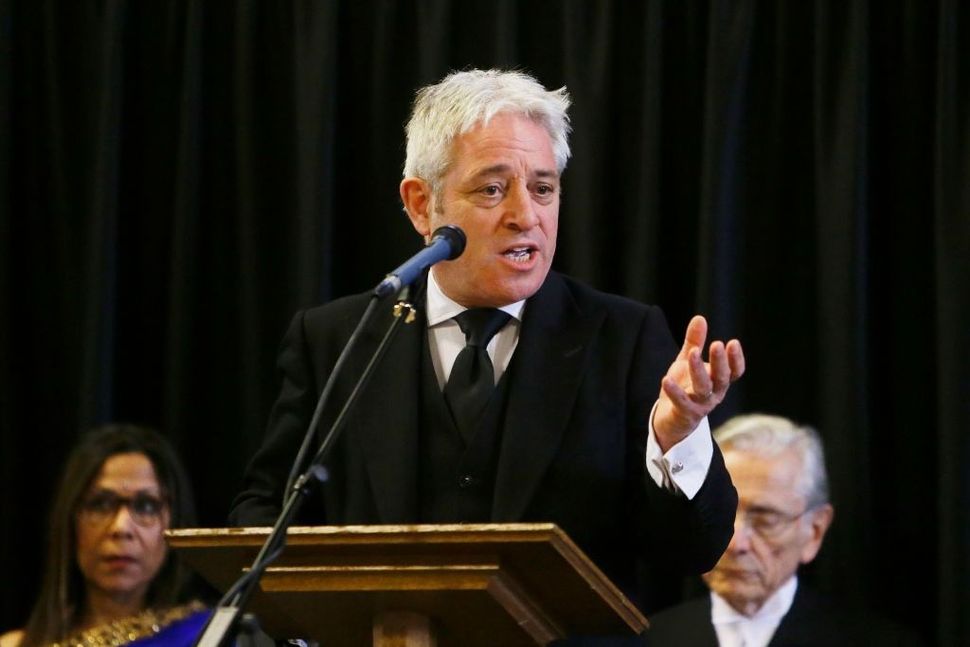 John Bercow, Speaker of the House of Commons, speaks during a commemoration for the victims of the attack on Westminster and Parliament, March 22, 2018 in London. Image by Alastair Grant – WPA Pool /Getty Images

(JTA) — John Bercow, the British House of Commons speaker who became widely known for his cries of “Order!” and other colorful rhetoric, announced Monday that he will resign his post by the end of October.

Bercow is Jewish and said last year: “I’ve always been very open about my Jewishness and I have experienced anti-Semitism in my life.”

The former Conservative Party member has clashed with Prime Minister Boris Johnson, especially over Johnson’s plan to dissolve Parliament for five critical weeks before a Brexit deal deadline, which Bercow has called a “constitutional outrage.”

Bercow’s move assures that the current Parliament will elect his successor, not a new government after a potential snap election.