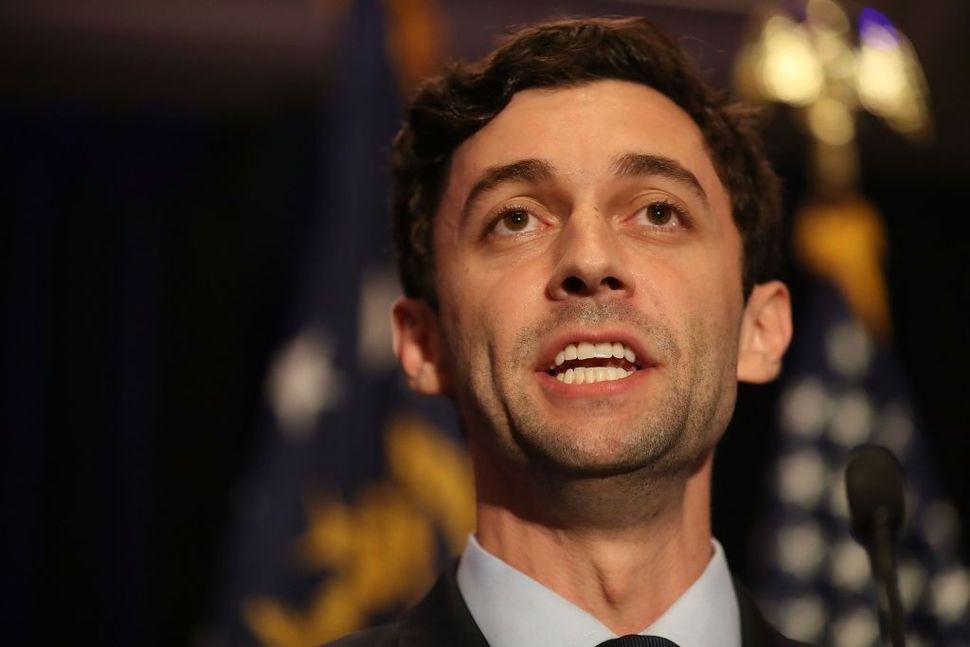 WASHINGTON (JTA) — Jon Ossoff, a Jewish investigative documentarian who lost a close 2017 race for the U.S. House of Representatives, is running for a U.S. Senate seat in Georgia.

Georgia is seen as a possible pickup for Senate Democrats in 2020 as they seek control of the body. Republicans will be defending more seats.

Ossoff, who announced his bid Tuesday, lost his House bid in a close race in suburban Atlanta. The tight contest in a typically strong Republican district was seen as the first sign that President Trump was galvanizing liberal opponents. Republicans lost the seat in 2018 to Lucy McBath, whose son was killed in gun violence.

Georgia unusually has two Senate elections next year: Incumbent Republican David Perdue is up for re-election, and Johnny Isakson, the other incumbent Republican, announced his retirement effective Dec. 31. Georgia’s Republican governor will name a replacement for Isakson who will serve through next year.

Ossoff, 32, weathered what is believed to be the most expensive House campaign in history, eventually costing donors on both sides an estimated $55 million.

He is the fourth Democrat to enter the primary. Ossoff has the endorsement of Rep. John Lewis, D-Ga., the civil rights icon who is a major influence in the state. Ossoff once interned for Lewis.