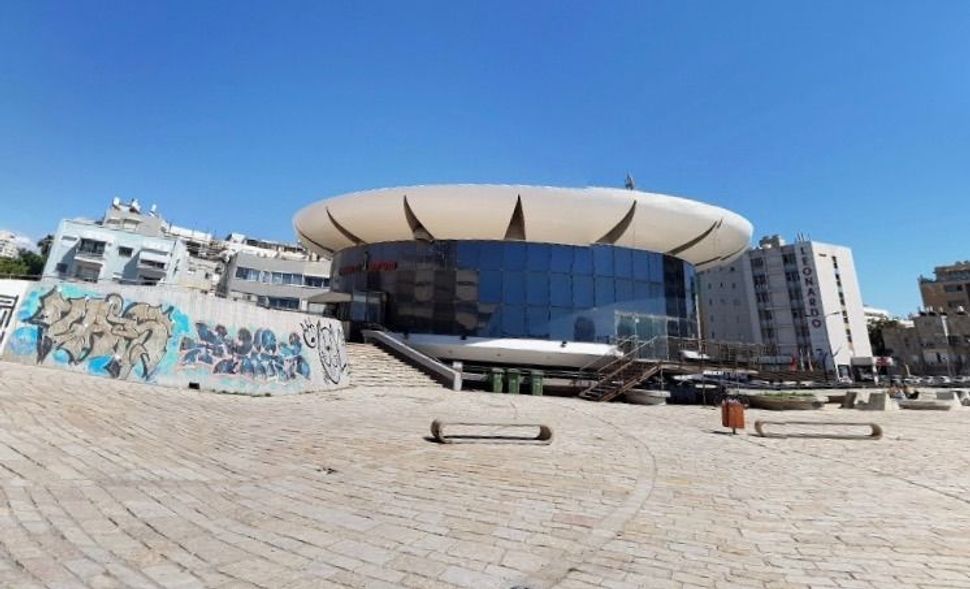 The Colliseum building at Atarim Square, once home to the Pussycat Club. Image by Google Maps

A Tel Aviv strip club shut down after police raids repeatedly found prostitution and drugs will become the home for a spiritual community that will use the space as a synagogue, Israeli news outlets are reporting.

The Pussycat Show Club took over a the widely known Colliseum building in Tel Aviv’s Atarim Square, near the beach, in 2000. It was repeatedly raided by police, who found foreign women working as prostitutes in its back rooms. The club was eventually shut down after the Tel Aviv nonprofit Task Force on Human Trafficking and Prostitution convinced the city not to renew the club’s license in after suspending it in 2017. The club was evicted early this year.

Its new tenants are a spiritual community called Beit Tefilah, (House of Prayer) which has become a popular organizer of Friday evening Sabbath services on Tel Aviv’s beach promenade. Until now, the community has rented out spaces for prayer around the city.

“The building is in a process of becoming a hub for social, cultural and spiritual events, including – but not exclusively – Jewish studies, and Shabbat and Holidays celebrations such as our Musical Kabbalot Shabbat,” Rabbi Esteban Gottfried, Beit Tefilah’s director, told Fox News in a statement. “For now, it was a punctual collaboration that Beit Tefilah Israeli was hosted at the place. The social entrepreneurs behind this are just at the beginning of setting the content of the future Center.”