Women’s March Votes Out Board Member Accused Of Anti-Semitism 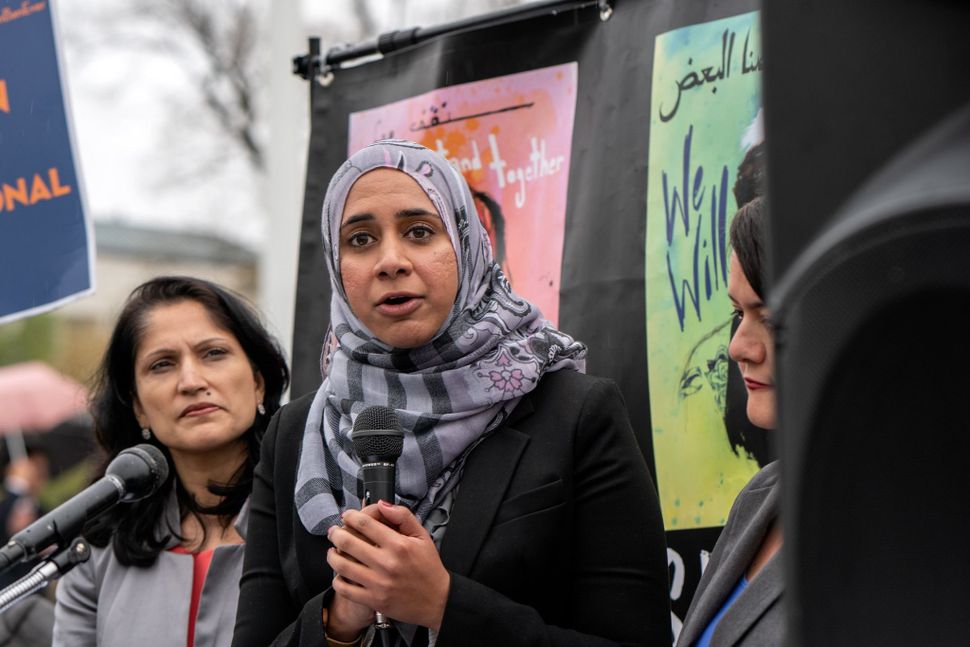 The board of directors of the Women’s March voted out a new board member only two days after she was appointed over controversy within the Jewish community over tweets that were condemned as anti-Semitic.

Zahra Billoo, the executive director of the San Francisco Bay Area chapter of the Council on American-Islamic Relations, announced the move on her Twitter account late Wednesday night. “This followed an Islamophobic smear campaign led by the usual antagonists, who have long targeted me, my colleagues, and anyone else who dares speak out in support of Palestinian human rights and the right to self-determination,” she tweeted.

The Anti-Defamation League had issued a statement on Tuesday expressing their concern with Billoo’s “deeply offensive and anti-Semitic statements.” Examples cited by the ADL included calling Israel an apartheid state and defending Hamas’s firing of rockets into Israel. (Billoo had also criticized the ADL and Muslims who work with the organization on interfaith efforts).

The Women’s March has had to handle accusations of anti-Semitism since March 2018 when it emerged that three of its co-chairs had longstanding ties with Nation of Islam leader Louis Farrakhan, who has a decade-long history of anti-Semitic statements.

The organization’s shake-up this week included the departure of two of those co-chairs, Linda Sarsour and Tamika Mallory, as well as another co-chair, Bob Bland. The Women’s March denied that the move had anything to do with the anti-Semitism scandals.

The new board also includes three Jewish women. Another activist still on the board, Charlene Carruthers, tweeted praise of Farrakhan in 2010.

Women’s March Votes Out Board Member Accused Of Anti-Semitism